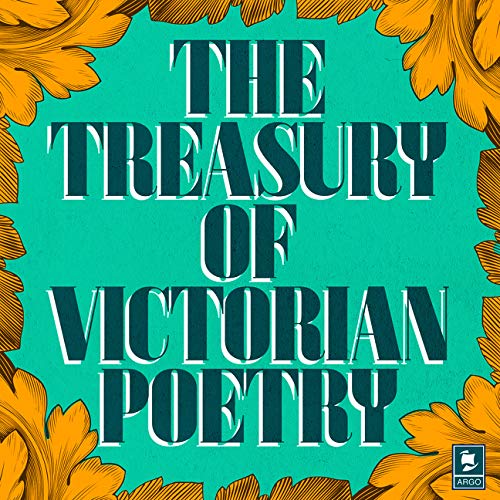 William Collins Books and Decca Records are proud to present Argo Classics, a historic catalogue of classic fiction read by some of the world’s most renowned voices. Originally released as vinyl records, these expertly abridged and remastered stories are now available to download for the first time.

A collection of the greatest poetry from the Victorian era, read by some of the 20th century’s most renowned actors.

Science, religion and sexuality are played out in these timeless readings of poetry written during the Romantic period.

This collection includes poems from:

The Treasury of Victorian Poetryに寄せられたリスナーの声

This collection is essentially a data dump of some very good recordings originally issued on Argo LPs. Unless you have those original LP sleeves at hand, you will have no quick way of identifying unfamiliar poems (or readers). Be prepared to spend a little time searching up first lines. Authors and titles are not provided. Is a pdf really a top-tier luxury in the download business in 2020? Were two hours of desk work going to break the project budget? And which of the new hires was in charge of the comically botched Publisher's Summary? Please enjoy these "expertly abridged and remastered stories" written "during the Romantic period"?

The readings themselves, of course, are really everything—the real value here—and I am glad to see them easily available. Perhaps future releases will treat such wonderful archival material with more respect.

(Moving on to a distantly related topic: Dear Audible—Why would I be required to rank a poetry anthology's "story" in order to post a review? At least let me opt out of answering nonsensical questions. Maybe there's an English Major in the office who can work on making sure that all rating questions are relevant to genre?)