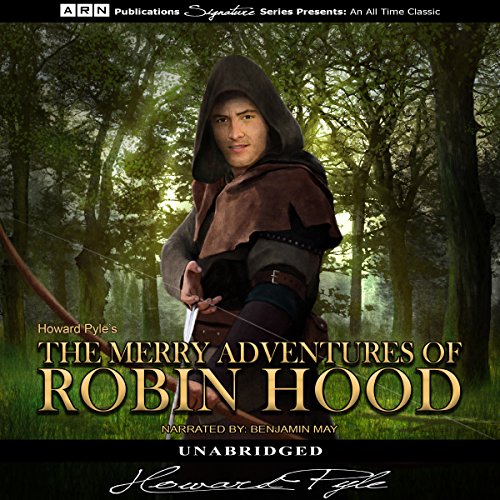 A timeless hero and a giver to the people, the beloved character of Robin Hood comes alive in the novel by Howard Pyle. Published in 1883, the book follows the charismatic English outlaw on his adventures with his Merry Men as they navigate the forest as well as other important locations in Nottingham. Throughout each section of the book, Robin Hood must evade getting caught by police and other authority figures, for he has been classified a criminal by the people in power. Fight scenes and the occasional instance of banditry are seen in abundance, not only with Robin Hood but with his Merry Men and the other nefarious characters with whom he comes into contact.

Children and adults alike who are familiar with the story of Robin Hood know that he is a man of virtue, and one of his guiding principles that has been popularized by the novel is that he robs from the rich to give to the poor. In essence, he is a criminal with a heart of gold who does not let the authority figures get in his way of doing what he feels is right, even when he comes face to face with the sheriff in town.

The Merry Adventures of Robin Hoodに寄せられたリスナーの声