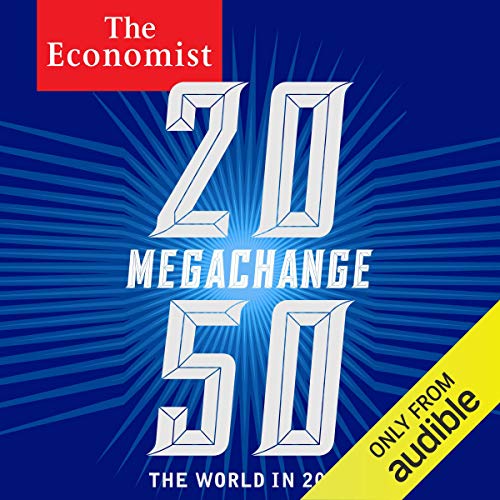 "If you want to know what the future may look like, here it is. A brilliantly well informed guide - all I can say is wow." (Chris Patten)
"This brilliant book delves beneath the crises in the newspapers to expose the forces that our reshaping our economy, our politics, and our everyday lives. Limpid and provocative, it sets the facts and figures of tomorrow's world into a narrative that is gripping and compelling." (Mark Leonard, author of Why Europe Will Run the 21st Century and What Does China Think?)
"...there are thoroughly engaging pieces here, especially from the science crowd." ( Weekend Australian)

Building on the hugely successful annual Economist 'The World in ...' publications, this essential guide to the 21st century captures the sweeping, fundamental trends that are changing the world faster than at any time in human history.

In 2050 there will be 9.3 billion people alive - compared with 7 billion today - and the number will still be rising. The population aged over 65 will have more than doubled, to more than 16 percent; China's GDP will be 80 percent more than America's; and the number of cars on India's roads will have increased by 3,880 percent. And, in 2050 it should be clear whether we are alone in the universe.What other megachanges can we expect - and what will their impact be?

This comprehensive and compelling book will cover the most significant trends that are shaping the coming decades, with each of its 20 chapters elegantly and authoritatively outlined by Economist contributors, and rich in supporting facts and figures. It will chart the rise and fall of fertility rates across continents; how energy resources will change in light of new technology, and how different nations will deal with major developments in science and warfare.

Megachange is essential listening for anyone who wants to know what the next four decades hold in store.

This guide to the sweeping and astonishing changes that the world is projected to go through by the year 2050 was put together by The Economist and their team of expert writers. The overall theme is the escalating rate of large-scale change that the planet is undergoing. David Thorpe performs these essays with a well-spoken clarity, allowing the listener to focus on the statistics and predictions that at times become baffling. Rates of population increase and the spread of technology are delved into head-on along with the dramatic effects these changes will have on our planet and its inhabitants. If you’re interested in what’s to come you won't be able to pause this compelling audiobook.

I liked that this was realistic about its own predictive power. Crystal balls were gazed into, but the reliability of crystal balls in general was called into question and so there was no sense that I was being sold a load of sci-fi disguised as reporting.
The narration was good too.

Fascinating looking into economics of the future

What was one of the most memorable moments of Megachange?

Have you listened to any of David Thorpe’s other performances? How does this one compare?

Have not listened to previous, but will look out for more

As above fascinating and thought provoking