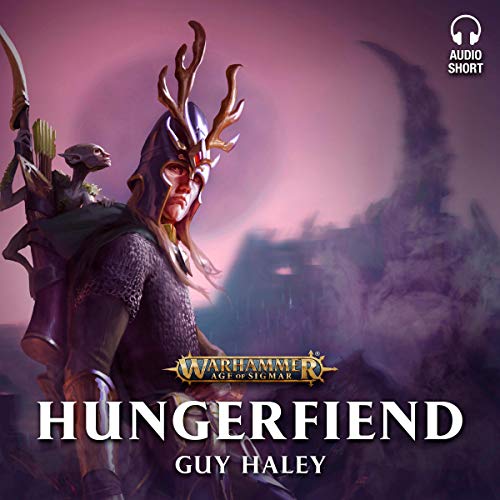 In a desolate corner of Ghur, a dread Mourngul haunts a graveyard - but there is more to the spirit than meets the eye, and the mystery could spell doom for Prince Maesa.

Listen to it because: it's another chapter in the adventures of Guy Haley's aelven prince, and this one takes him out of Shyish...though still hunting the creatures of Death.

The story: drawn to a haunted graveyard in the Realm of Beasts by rumours of a fearsome creature, the aelven Prince Maesa seeks to cleanse the area of its taint. Along with his allies Stonbrak the duardin and Shattercap, the malevolent spite who serves him, Maesa sets out to defeat the beast - a terrifying and monstrous spirit known as a Mourngul. But there is more to this horror than meets the eye, and unless they can solve the mystery surrounding it, the Mourngul may spell the heroes' fate.

Forgeworld gets some love

GW usually ignoes Forgeworld. I was glad that they let a Forgeworld be a focus.