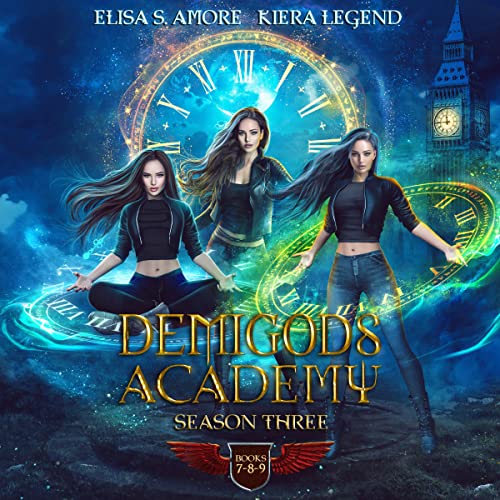 Welcome to season three! Return to the Demigods Academy in this new, exciting installment full of your favorite Gods and Demigods.

After waking up on the floor of an abandoned warehouse, with no memory of her life, where she came from, or even an ID, Nicole had to resort to the oldest profession in the world—relax, she’s just stealing for a living.

Unlike her best friend, Pinky, she has never believed in the Gods or their legendary academy, where special recruits train to become Demigods and protect the world. But when a girl with blue hair and black, glorious wings appears on the TV—fighting a fire in Pecunia, Greece—Nicole is forced to change her mind.

Haunted by the experience, she sets out to find out more about the blue-haired warrior, because deep inside she feels they are...connected.

Nicole’s research leads her nowhere, until one night when she crosses an old cemetery, finally coming face-to-face with her destiny. As the King of the Dead rises before her, she is sucked into a world she wishes she’d never discovered.