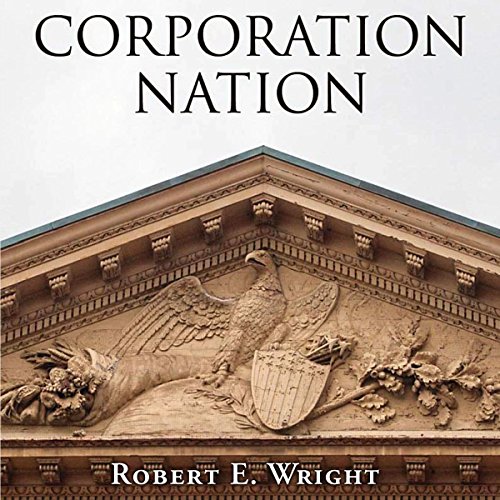 "Drawing from newly collected data, Corporation Nation offers a provocative perspective on the history of the American business corporation and argues for reforms that would improve the governance of modern business enterprises." (Eric Hilt, Wellesley College)
"An engaging and well-written narrative of the development of corporate governance practices in American corporations." (Dan Wadhwani, Eberhardt School of Business)

From bank bailouts and corporate scandals to the financial panic of 2008 and its lingering effects, corporate governance in America has been wracked by crises. Amid a weakening system of checks and balances in which corporate executives have little incentive to protect shareholder interests, US corporations are growing larger and more irresponsible at the same time. But dependence on corporate profit was crucial to the early republic's growth, success, and security: despite protests that incorporated business was an inefficient and potentially corrupting system, US state governments chartered more corporations per capita than any other nation - including Britain - effectively making the United States a "corporation nation". Drawing on legal and economic history, Robert E. Wright traces the development and decline of corporate institutions in America, connecting today's financial failures to deteriorating corporate law.

The author gives us a wealth of history of what worked and did not work in corporate law, structure and governance on our path here. He also engages in advocacy based on this history, for what can and should be done better, in his view, to escape the worst features of corporate affairs today, and to grow a resilient and sturdy economy and a right-sized government footprint in business affairs. These facets of the book are tied together well.
Listening to public discourse and media today, I am dismayed at the ignorance of what appears, ever more amplified with today's technologically enabled low cost of being a semi-uninformed loudmouth. Those ignorant of this book's history seem to me to flail in terms of overconfident launching of various ill-considered accusations in all directions. To some, "corporation" in conversation connotes a curse and a conspiracy theory rolled into one, some great pool of nothing but elite perfidy. To others, "government" fills that role, and perhaps a meat-axe taken to government, the thinking goes, would have things ironing themselves out. (These are my words, not the author's.) This author does not hesitate to point out problems with regulation and corporate governance today, but not for the knee-jerk reasons the torches-and-pitchforks crowd of whatever political fringe reflexively haul out. A central theme here is, bad corporate governance is a big factor dragging government into issuing prolix and burdensome regulations. This feedback swirl of far-less-than-best practices endangers the economy's health, we hear, because cost of capital increases, and investors and lenders are hesitant to trust their money to being put to work.
Theft and government overreach feed each other. The history narrative here requires my close attention but is correspondingly rewarding. I wish many of the overconfident wing-nuts out there would mind their business, in the sense of taking the time of getting a clearer picture, from sources like this, of what a healthy productive culture looks like. Likewise, countless mistakes and failures are reviewed, so we can saved some reinventing of the wheel.
The narrator has slightly unusual intonations occasionally but handles the work very well.
Finally, I think some basic familiarity with business organizations and the terminology is helpful. I'm not sure how much I would grasp if this was my first-ever exposure to the words and concepts. Things are defined and explained here, but the pace is brisk. I like this so much I am about to listen through again, to be sure it all sunk in.