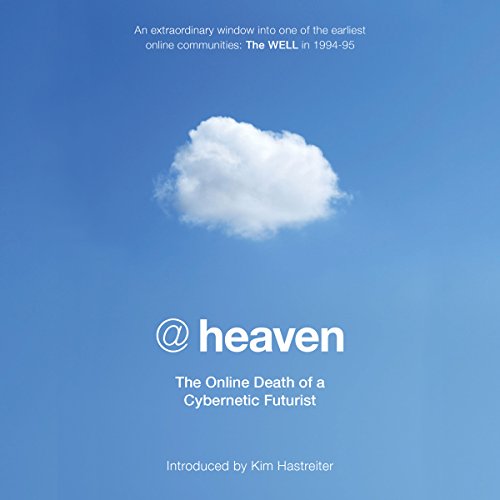 Ninteen ninety-four, Northern California. The Internet is just emerging from its origins in the military and university research labs. Groups of idealistic technologists, recognizing its potential as a tool for liberation and solidarity, are working feverishly to build the network. In the early chat rooms of one such gathering, soon-to-become-famous as The WELL, a Stanford futurist named Tom Mandel creates a new conference. In a topic headed "Local Bug Report", he asks for advice from fellow online participants about how he might shake off a persistent hacking cough. A few weeks into the conversation, it emerges that Mandel's illness is something serious. Within six months he is dead. This astonishing and deeply moving book is an edited version of the exchanges that took place on The WELL in the months leading up to the death of Mandel. It traces the way an innocuous health topic morphed into a dramatic chronicle of terminal illness and the complicated and emotional issues that surrounded it. A cast of articulate and savvy participants offer their advice and love to Mandel, supporting both him and each other as the trauma unfolds. At the center of their back-and-forth is Mandel himself, in a voice that is irascible, intelligent, never sentimental, and, above all, determined to stay in the conversation to the end. With an introduction by Paper editor Kim Hastreiter, who followed the exchanges on The WELL as they happened and was so moved that she printed and filed away a copy, @heaven opens a window onto the way the Internet functioned in its earliest days. In contrast to the trolling and take-downs of today's online discourse, this electronic chronicle of a death foretold reminds us of the values of kinship and community that the Internet's early pioneers tried to instill in a system that went on to take over the world.