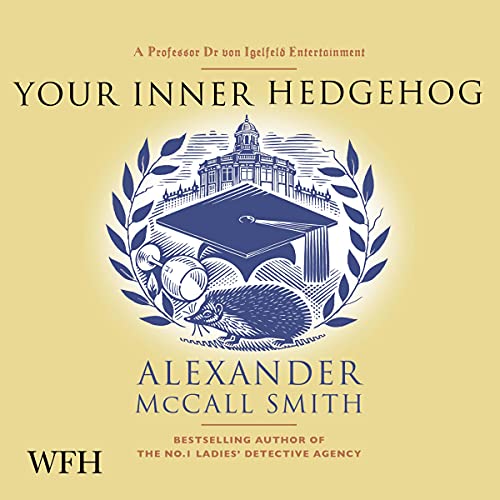 In the latest entertaining and hilarious Professor Dr Moritz-Maria von Igelfeld novel, our hopelessly out-of-touch hero is forced to confront uppity librarians, the rector of the university and a possible hostile takeover, all while trying to remain studiously above it all.

Professor Dr Moritz-Maria von Igelfeld and his colleagues at the University of Regensburg's Institute of Romance Philology pride themselves on their unwavering commitment to intellectual excellence. They know it is their job to protect a certain civilised approach to the scholarly arts. So when a new deputy librarian, Dr Hilda Schreiber-Ziegler, threatens to drag them all down a path of progressive inclusivity, they are determined to stop her in the name of scholarship - even if that requires von Igelfeld to make the noble sacrifice of running for director of the Institute. Alas, politics is never easy, and in order to put his best foot forward, von Igelfeld will be required to take up a visiting fellowship at Oxford and cultivate the attentions of a rather effusive young American scholar. Still, von Igelfeld has always heeded the clarion call of duty, especially when it comes with a larger office.

Alexander McCall Smith is the author of over 100 books on a wide array of subjects, including the award-winning The No.1 Ladies' Detective Agency series. He is also the author of the Isabel Dalhousie novels and the world's longest-running serial novel, 44 Scotland Street. His books have been translated into 46 languages. Alexander McCall Smith is Professor Emeritus of Medical Law at the University of Edinburgh and holds honorary doctorates from 13 universities.

I cannot describe the affection in which the earlier four audiobooks in this series are held in my family, they are regarded as the pinnacle of the author’s achievement, are quoted from regularly in all kinds of contexts and are just loved to bits. Why is this one read by an American? It has completely ruined the experience for us. The disappointment over the narration inserts itself in the listening and makes it a definite “miss” for me. PLEASE ask Mr Laurie nicely to come back and read this one too.

Only kept going with this as I am a big fan of this series, I recommend speeding up the playback a bit just to help with the awkward narration of this book. The story was great apart from that!