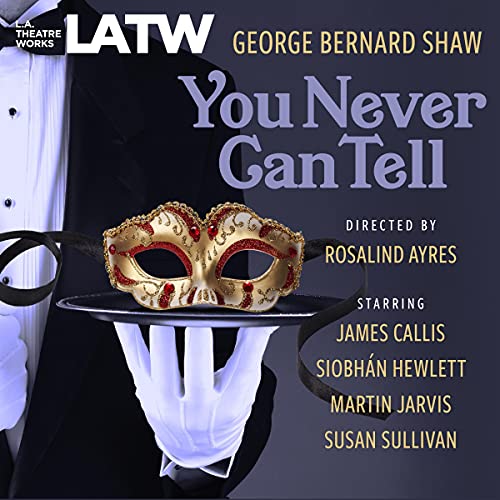 You Never Can Tell was originally born out of a bet that Shaw couldn't write a "seaside comedy" (a popular theatrical genre at that time). The result is perhaps the most surprising of Shaw's plays, complete with marital mayhem, tangled romance, and even doubtful dentistry. Despite the play's lighthearted tone, it's really another of Shaw's brilliantly observed social treatises, this time in the guise of a light comedy.