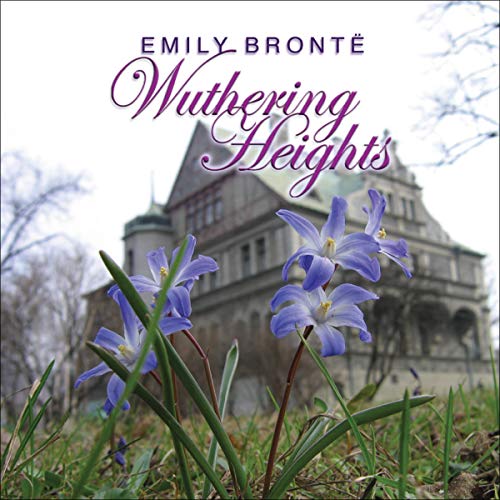 Published a year before her death at the age of 30, Emily Bronte's only novel is set in the wild, bleak Yorkshire Moors. Depicting the relationship of Cathy and Heathcliff, Wuthering Heights creates a world of its own, conceived with an instinct for poetry and for the dark depths of human psychology.

Emily Jane Bronte was born July 30, 1818 at Thornton in Yorkshire. Her father was a minister in the Anglican Church. Emily's mother died in 1821 and her two eldest sisters died in 1825, leaving Emily, her brother and two sisters to be raised by their aunt. In childhood, the daughters were introspective and, having read extensively for entertainment, they began composing a series of stories set in imaginary lands. Later all three daughters were to publish poems and stories.

Wuthering Heights, Emily's only novel and one of the most passionately original novels in the English language, was published a year before her death of tuberculosis, December 19, 1847.

Brit Wanda McCaddon, the narrator of A Room With a View, Wuthering Heights, and Aesop's Fables, has been a newspaper report, university professor and stage, film and TV actress, before beginning to narrate. She has narrated over 600 titles, won 13 Earphone Awards, and been featured six years running as one of AudioFile's Golden Voices.