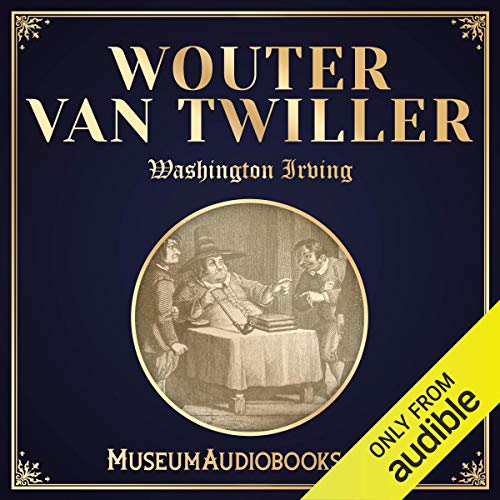 Wouter van Twiller appears in A History of New York from the Beginning of the World to the End of the Dutch Dynasty by Diedrich Knickerbocker, a satirical history by Washington Irving published in 1809.

The putative narrator offers a history of New Netherlands, often ignoring or altering facts. Descriptions of the founding and landmarks of early New Amsterdam, and the “golden reign” of Governor Wouter van Twiller are included in the history. Van Twiller is described as a very wise Dutchman who never said a foolish thing. He was of such invincible gravity that he was never known to laugh or even smile through the course of a long and prosperous life. There never was a matter proposed, no matter how simple, to which Wouter would not respond with an incredulous, vacant look before shaking his head. After having smoked for five minutes, he would sagely observe that he had his doubts about the matter. Over time, this reaction gained him the character of a sceptical man, not easily imposed on.