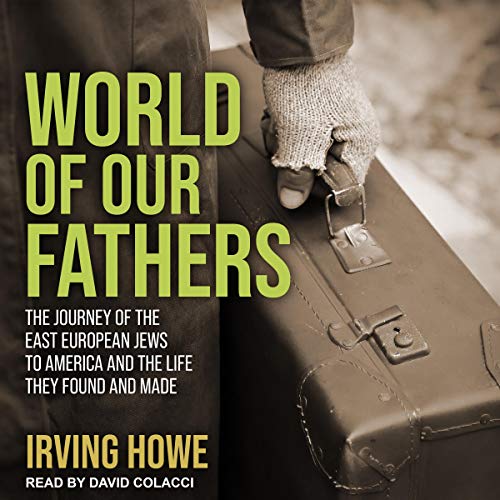 In the late 19th and early 20th centuries, two million Jewish immigrants poured into America, leaving places like Warsaw or the Russian shtetls to pass through Ellis Island and start over in the New World. This is a "brilliant" account of their stories (The New York Times).

Though some moved on to Philadelphia, Chicago, and other points west, many of these new citizens settled in New York City, especially in Manhattan's teeming tenements. Like others before and after, they struggled to hold on to the culture and community they brought from their homelands, all the while striving to escape oppression and find opportunity. They faced poverty and crime, but also experienced the excitement of freedom and previously unimaginable possibilities. Over the course of decades, from the 1880s to the 1920s, they were assimilated into the great melting pot as the Yiddish language slowly gave way to English; work was found in sweatshops; children were sent to both religious and secular schools; and, for the lucky ones, the American dream was attained - if not in the first generation, then by the second or third.

Nominated for a National Book Critics Circle Award, World of Our Fathers explores the many aspects of this time and place in history, from the political to the cultural.

A marvelous telling of the story it sets out to tell. It is a very long read, I Listen, but there is so much good in it it is hard to complain. I did skim through portions that were not top priorities for me, but found fascinating aspect in the beginning, the middle and the end