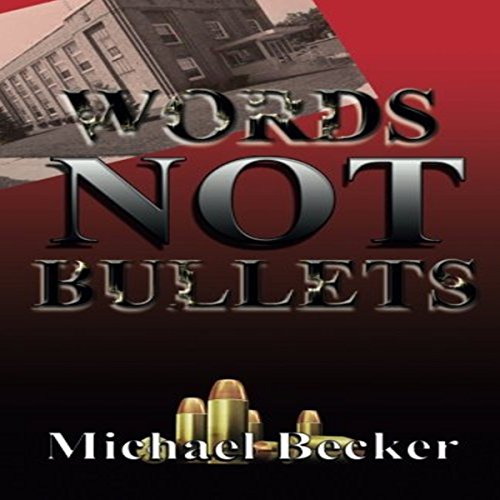 Words Not Bullets is a book of poems by Michael Becker, a former police chief. Among the poems included are "The Care Taker", "Angels", "Heaven", "Humble Abode", "Grandfather's Prayer", and more than 100 others.

Michael Becker grew up in Michigan. His father, a Greyhound bus driver, was always on the move. This took young Michael on an adventurous journey all over the state, living in numerous cities. This was the beginning of what shaped his life. He had to quickly learn the likes and dislikes of others and how to live with them. This made him very open minded about others and how they lived their lives.

This also gave him the tools needed to be a decent police officer, and Chief of Police. The most important thing in shaping his life was the love and light he received throughout his entire life. Some of his accomplishments were: creator and father of the Michigan Police Olympics; a member of the State Frequency Allocation Board and Legislation Committee; and a member of the Clare Optimist Club. Today he is a father and grandfather. He lost his wife of 45 years in 2011. Today he walks a darker road, but never alone because of the wonderful friends he as met along the journey throughout his entire life.