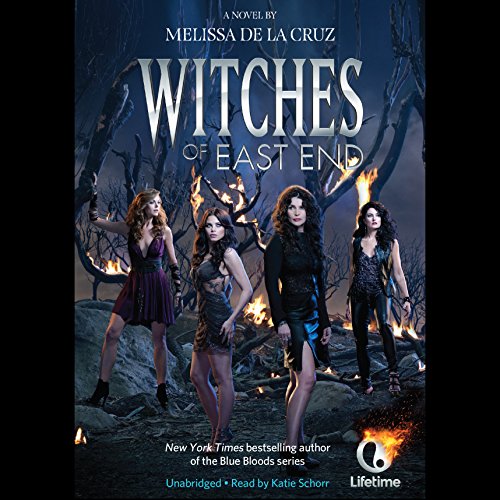 The three Beauchamp women—Joanna and her daughters Freya and Ingrid—live in North Hampton, out on the tip of Long Island. Their beautiful, mist-shrouded town seems almost stuck in time, and all three women lead seemingly quiet, uneventful existences. But they are harboring a mighty secret—they are powerful witches banned from using their magic. Joanna can resurrect people from the dead and heal the most serious of injuries. Ingrid, her bookish daughter, has the ability to predict the future and weave knots that can solve anything from infertility to infidelity. And finally, there’s Freya, the wild child, who has a charm or a potion that can cure most any heartache.

For centuries, all three women have been forced to suppress their abilities. But then Freya, who is about to get married to the wealthy and mysterious Bran Gardiner, finds that her increasingly complicated romantic life makes it more difficult than ever to hide her secret. Soon Ingrid and Joanna confront similar dilemmas, and the Beauchamp women realize they can no longer conceal their true selves. They unearth their wands from the attic, dust off their broomsticks, and begin casting spells on the townspeople. It all seems like a bit of good-natured, innocent magic, but then mysterious, violent attacks begin to plague the town. When a young girl disappears over the Fourth of July weekend, they realize it’s time to uncover who and what dark forces are working against them.

With a brand-new cast of characters, a fascinating and fresh world to discover, and a few surprise appearances from some of the Blue Blood fan favorites, this is a pause-resistant, deliciously fun, magical summer listen, fraught with love affairs, witchcraft, and an unforgettable battle between good and evil.

I had this book in my library for a while now but had not listened to it. I had started to listen to it but then between school/work I just couldn't find the time to finish it. I finally finished though and I must confess it was pretty cool.

Katie Schorr seemed made to narrate this genre of books and is able to voice all three characters quite well. She does somewhat slow down the pace of the book a bit too much at times but that could be blamed on the story itself really rather than the narrator I believe. It wasn't a 'brilliant' performance but it wasn't a bad or simply adequate performance either.

This is my first Melissa de la Cruz and I was pleasantly surprised. I am not too much of a romance novel kinda guy but it had a strong enough storyline for me to forgive the romanticism that I saw involved. The story was fun to listen to especially when everything started to tie in together. It was slow at times however. I do think the characters could be developed better but seeing that these are all grown characters there wasn't much character development to be done (I blame the fact that I have come accustomed to really long and detailed titles rather than this relatively short title). There are some pretty nice twists in the book as well, I was surprised how the book tied everything together in the end.

Overall not a stellar title, but a pretty good one. I found it kinda light but also fun and cool to listen to. I would hope that there is another book because the book ends with an epilogue that left me with a whole bunch of questions.

Slow start but ending leaves you wanting more. Don't expect it to be like the tv series if you saw it first. Matter of fact...the tv series will make you kind of mad. Books are always better.

What did you love best about Witches of East End?

I loved the magic captured in the book. Some characters were detestable and others captivating. Excellent book for those interested in the supernatural, fantasy, or just witches.

I wanted to love these books - I really did...but I watched the t.v. show first. I am normally steadfast in my belief that a movie (or t.v. show) cannot live up to the book, but this series changed my mind. First, the narration is terrible - it was very disjointed and just didn't flow. People don't talk like that! Granted, she does better in the second book, but since I couldn't get through it, I can't speak for the third. The story was just boring to me. I kept waiting for something interesting to happen and it just didn't. Maybe it was because I watched the show on Lifetime first, I don't know. Overall, the first book and half of the second were very disappointing. I'll stick to the t.v. show. The writers changed so much and I'm glad they did - it's so much better than the book!

This book and the one after, Serpents Kiss, are more about sex than witchcraft. The narrators voice isn’t bad but she doesn’t change tone for different characters or situations which makes it kinda blah.

The idea that Gods are living among us captured my interest, but this book had such an underdeveloped plot, and very little captivating drama. for a book that was written for adults, it developed like a YA novel. the narration was poor.

Not what I was expecting

Interesting story but I made the mistake of watching the show before reading the book. When I do that I usually find I enjoy the book more but alas... I liked the show better. So though the story was interesting it was not what I was expecting and left me confused and bored at some parts.

This books makes a dreamboat out of a rapey creep who refuses to hear no. Trigger warning.

Do Not Understand the Hype

Rambling storylines, unexplained character traits, and a healthy dose of stereotypes for female characters (the bookish virgin and the floozy sans brain). Skip it and save your time and dollars.

Adult Twilight? Yeah, not for me...

So I picked this up on a whim a while ago and just finally got around to listening to it. It's definitely not for me. The author tries to portray the main characters as "strong independent women," but often falls flat. The men in the story are demanding and consent is sometimes an afterthought. Seriously, since when is it romantic for a man to keep trying, sometimes aggressively, after a woman has said no? One character is sexually assaulted, but it's "okay" (it's really, really not) because it was just a dream/vision. A couple of the characters are LGBTQ+ (one is gay and the other is bisexual/pansexual), but it's fleeting representation and the gay man is played just a tad campy.

The narrator did an excellent job, but this book is really, really, REALLY not for me. The epilogue has a huge plot twist, but I won't be reading any other books in this series.