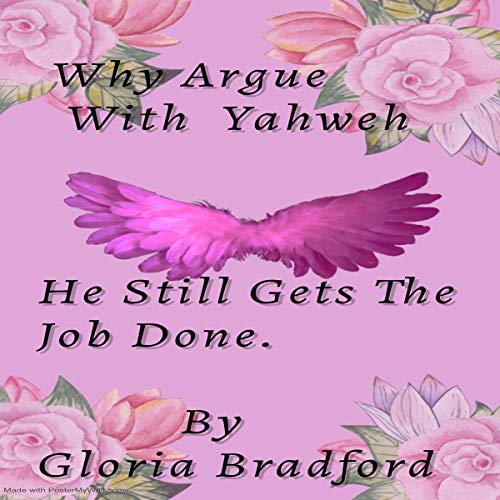 Why Argue with Yahweh, He Still Gets the Job Done

All the characters I have written about are my biblical favorites. They were strong and Yahweh choose to use them in the time frame that they were to be used. For many of us, Yahweh is doing the same thing. He has chosen to speak to us and give us assignments which can be very critical. He may call us to rescue a nation, rescue a family or rescue children. Speak to Government officials or warn Presidents, all because he is Yahweh and he knows the end from the beginning. We are also his hands and feet in the earth so why argue with the almighty?

I have listened to many who have talked about how they argued with Yahweh when they were told to do certain things but I have also listened and heard them say that they eventually did what he said and it was profitable.Yahweh loves us and would never put us in harm’s way deliberately but like Jeremiah, Gideon, and others, he would tell us of the dangers and of his promised protection.

I trust that after listening to this short novel, you will be encouraged to trust The Almighty One without an argument.

Why Argue with Yahweh, He Still Gets the Job Doneに寄せられたリスナーの声