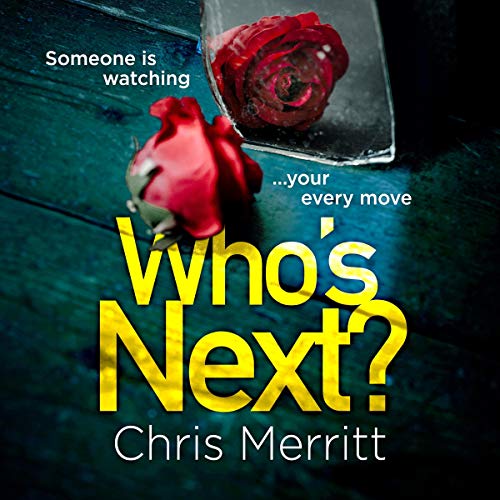 Stumbling to the ground, he claws at the earth around him, trying to stabilize himself, but his attacker is on him in seconds. As he stares at the lights of the bustling streets on the other side of the park gates, he doesn’t even have time to shout for help before everything goes black.

When the body of wealthy businessman Charles Stott is found dead on Wimbledon Common, covered in bruises just feet away from his luxury home, Detective Dan Lockhart is called to investigate the shocking scene. Examining the sickeningly disfigured body before him, Lockhart knows he’s dealing with a brutal killer. Looking more closely, he notices something on the victim’s neck: a small, crudely drawn symbol in black ink. It seems the murderer has marked his victim, but why? Dan needs to get inside the perpetrator’s mind, so he contacts psychologist Dr. Lexi Green.

As the ensuing media circus puts pressure on Dan and Lexi’s investigation, another victim is found and the headlines are quick to report a serial killer is on the loose. The body of a successful lawyer has been discovered in a park with the same bruising and hand-drawn symbol on his neck. Dan fears that more victims will follow.

As the case intensifies, Dan uncovers a new lead on his missing wife, Jess, who disappeared 11 years ago. Determined to follow it up, he must choose between tracking down a serial murderer and finding Jess. Can he make the impossible decision before the killer strikes once more?

After having completed the first in the Detectives Lockhart and Green series, “Knock-Knock,” I anxiously awaiting for Book 2. I did enjoy the narration as usual and I recommend a close listen to this intricate and complex book. No multitasking here; I learned that the hard way. There is quite the surprise that I never saw coming. Bam! Pow! Wham! I suggest reading these books in order, as there is a continuing storyline, which made this series all the better. I enthusiastically look forward to Book 3. The door is left open for continuing this intricate series. Recommended for those who enjoy British detective novels, a preferred favourite of mine. I‘m from the U.S., but I have always preferred British audiobooks.
✍🏻👏⭐️⭐️⭐️⭐️⭐️👏✍🏻

Compelling storytelling at its best...

This is Chris Merritt's second book in this series and he's clearly turning into a master storyteller. Other reviews have discussed the twists and turns, building the pieces to reach a page-turning climax. What's most impressive, is the depth of the characters and how they develop. Chris Merritt clearly has experience to draw upon and this shines through in the complexity and richness of his main protagonists, Dan and Lexi. By combining a gripping murder mystery with characters the reader can identify with, Dan and Lexi hopefully have many more crimes to solve. A must read...

Another great book by Chris Merritt

I've read book 1 and was hooked, so book 2 had to be next; still hooked! Book 3 already downloaded and ready. Love this series.

A suberbe story from start to finish. Couldn't stop listening. The narrator was engaging and easy to follow. Loving the different relationships invthe book that are blossoming, will be continuing this series.

That psychologist-
Always trying to be the flippin’ hero, I felt frustrated at the obvious storyline where she predictably fails to “catch” the baddie, gets injured and then seeks out Dan to save her, again.

On the upside the narrator is great- and makes a lively and enjoyable contribution.

I quite enjoyed the first one, but 20
minutes in I gave up. The narrator is excellent, but the whole story of the missing wife is distracting and overshadows what is supposed to be the main plot. I shall be returning this one.

advert for Stella and the "Obvious "...it was full of obvious clichés...I'd love to eat my dinner ...but i have a killer to catch !!

love just love it amazing I am so happy I found these books there fantastic. I couldn't put it down I read this in one day brilliant just brilliant 👍🏾😁😊🥰

great story, but as a follow on from the first in this series, the characters are getting unbelievable.

Thrilling to the end.

OMG. Loved it. I had a thought about killer and where it was going. Great twist. Can't wait for the next. But I'll have to.

The narrator George Weightman is great although his woman voices are pretty shocking. Still it was an enjoyable book. Love to know if his lost wife returns. Loved his plucky mum iris