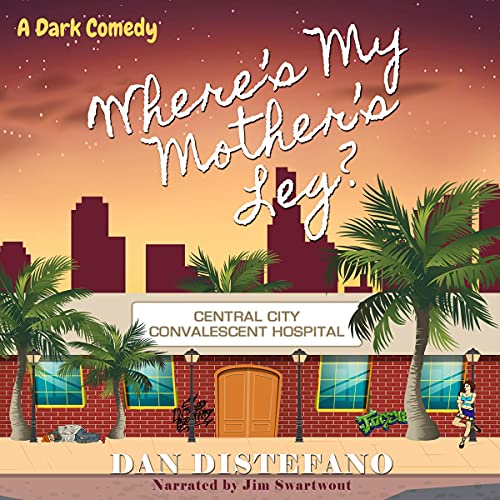 A humorous view of what really happened after you dropped mom off at the nursing home.

“If you can't find the humor working in a skilled nursing facility, you'll go home every night wishing vodka came out of your shower."

Ned Russo thought he had it all. Lovely home in Pasadena, a beautiful ex-wife who didn’t hate him, a charming daughter at UCLA who adored him, and a cushy job with a fat salary he earned as the administrator of one of the premier nursing homes in Los Angeles. He even had a giant office that overlooked the Pacific Ocean. But, as a wise man once said, “Things change.”

Ned got fired. It took 10 minutes for reality to suddenly hit him squarely in the face.

There was the mortgage and tuition for his daughter, the car payment, and of course his alimony. So, Ned took the first job he could find. It would just be temporary. It would also be a far cry from breezy Santa Monica. It was situated in the bowels of LA’s Koreatown. But his job at the Central City Convalescent wasn’t just a step down for Ned; it was more like falling off Mount Everest and landing on the roof of a Sherpa’s hut.

Ned’s journey and re-education in how the other half lives is a funny look at life in that nursing home down the block or that place where Grandma now resides or perhaps where you might end up.

Be kind to your children. They’re going to pick out your nursing home!

A former television writer, Dan DiStefano is now a nursing home administrator. He began sharing these stories about life in a nursing facility with his friends. He was urged to put these stories into a book, and its title stems from a true story!

not fun getting old!

I received a free code for this book.
Different from the normal books that i tend to read, but really enjoyed it. While it is a work of fiction, I think it really shows how one person can make a difference be that for the better or worse, Good hero just going through life, very relatable. Really enjoyed listening to Jim Swartwout.

The narrator takes a bit of getting used to. But who else?
I found it was well worth the listen.
I can’t ‘laugh’ or find comedic any of the grim circumstances & situations I heard while listening to this. It was nice to hear the main character develop.
This story tells well, the actual human reactions, among adults, to the situations that many elderly find themselves in and how they are thought of and treated.
Things that happen in a Continent driven by one thing, money & all it can buy. So well in fact that I’d like to know what happens next…..everyone struggles emotionally, physically or both, before, during or after they become ‘old’, that is made quite clear in a lighthearted manner. Attitudes towards the old and how they’re ‘cared’ for obviously differ. If you, like me, enjoy kindness, you’ll probably enjoy this story. It has a middle class, money, not personal qualities, makes a person better than one without money, attitude and theme throughout. But the main character evolves well and the others are told well. Listen for yourself.