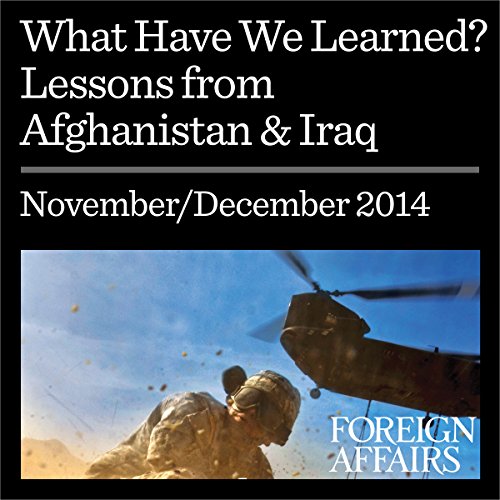 In the November/December 2014 issue:

Richard Haass, president of the Council on Foreign Relations, writes that the post-Cold War order is unraveling, and it will be missed.

Elizabeth Economy, senior fellow and director for Asia studies at the Council on Foreign Relations, explains why Xi Jinping's recent reforms might not be as transformative as he hopes.

Andrei Shleifer, professor of economics at Harvard, and Daniel Treisman, professor of political science at the University of California, argue that the transition states in Europe and Eurasia have become normal countries - no worse, and sometimes better, than other states at comparable levels of development.

What Have We Learned: Lessons from Afghanistan & Iraqに寄せられたリスナーの声