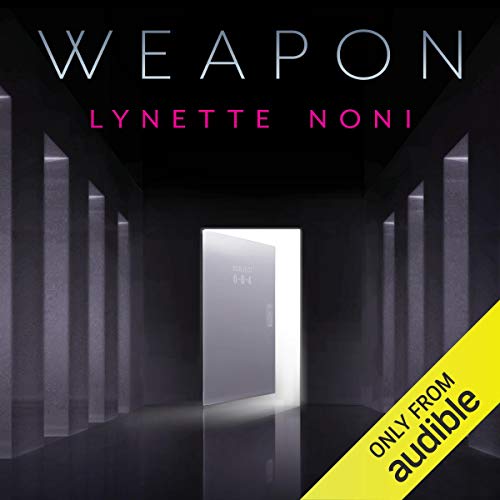 I already knew he was a psychopath. But now?

He’s more dangerous than ever.

And I have less than 24 hours to stop him.

After escaping Lengard and finding sanctuary with the Remnants, Alyssa Scott is desperate to save those she left behind - and the rest of the world - from the power-hungry scientist Kendall Vanik. But secrets and lies block her at every turn, and soon Lyss is questioning everything she has ever believed.

When long-lost memories begin to surface and the mysteries of her past continue to grow, Lyss battles to retain her hard-won control. Allies become enemies and enemies become allies, leaving her certain about only two things: when it comes to Speakers, nothing is ever as it seems...and the only person she can trust is herself.

They always say the sequel is not as good as the first book… on this one I have to agree. The first book I listened to intently and couldn’t wait for the second book to come out… The second one just fell flat. Not enough interaction with the main characters throughout the book. Such a shame… great beginning plot. I even felt like the narrator had a hard time with what she was given.
Really interesting cool idea though… just fell kinda boring 1/2 way through.

Sheesh! I wish I could give negative grades -5/5

Without ever getting into the galactic-sized troubles with even the most elementary internal logic within the story, and even allowing for the maximum amount of suspension of belief this is... ...is... ...below par. Let's just leave it at that.

From ridiculous to incredulous through to nauseating, this 'story'' just keeps getting worse.

Unless you are a die-hard fan of teenage lit (aka YA), and/or Harlequin'ish trash about kids with magical powers, steer clear of both of the volumes in this 'series'.

Eugh! Yuck! I feel dirty for finishing it.

Struggled to finish...this is not for adults or even young adults. m
Main character has the maturity of a 14 year old at best.

Strong characters, wonderful suspense and nicely paced. I will look forward to the next installment of this story.

Book two of a great series.

I’m a new fan. I liked the story and the narration. I didn’t think I liked sci fi, but this was close enough to reality to be a great listen.

Having no idea that there was a sequel, I was excited to find this!!! Excellent story, fabulous narration and great enjoyment! Highly recommend to all who have some time for a listen

Both the author and narrator did a wonderful job! I really enjoyed it. Thanks You

the book was awesome

This series of books was was so good I don't even have one complaint! The narration was good storyline, overall everything was really great! I could not stop listening

I was concerned about this book as a continuation of Whisper. I was greatly surprised that it was just as good.

Lynette has done it again!

I finally got over my obsession with the Medoran Chronicles when I tried Whisper. Fallen in love with so much from this series!

The wrap up to the story is amazing! So many little points all coming together to give one big picture.

My only complaint is I need more story! So many questions about life after Weapon now!

How are these books not a movie!!

Great narrator, great story! Wasn't sure with the beginning of book one, but enjoyed this a lot. Really nice that there was two books, one wouldn't have been enough.

Hopefully someone makes this into an Aussie movie soon!!

Absolutely loved this duology! I couldn't stop listening. Wishing there was more to listen to.

I absolutely love this book. It held me captive for every page! AMAZING! Would recommend!

Well written story and read so well too!
Loved every minute.
What an amazing imagination!

This book is so full of twist and turns. I laughed, I cried and I screamed. Would recommend.

I enjoyed the first book more but this one was still good. I think I liked the not knowing in the first book but by the second book you had all of the main answers so it didnt keep me as captivated. I would recommend this short series!