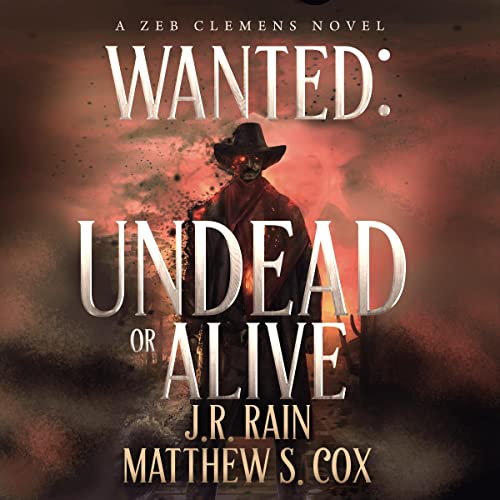 Zebadiah Clemens might have been chosen by The Lady, but he's still a marshal.

Chaos erupts in Silver Mesa when a group of outlaws decides to rob the town's only bank.

The seemingly ordinary crime captures Zeb's full attention thanks to the lead bank robber abducting the young daughter of the stagecoach manager.

But unlike the sheriff, his authority doesn't stop at the edge of town.

In his pursuit across the New Mexico Territory, Zeb discovers a small ranching community with a rather unique problem...

A dead man seems to be killing people.

Zeb's not about to let the crazy supernatural stuff get in the way of finding the missing girl, but no situation is ever as simple as it appears...and all choices have consequences.

Luckily, the immortal sheriff is just the man to handle both cases.

Loved it !! this story. the narrator is so fantastic it's like your really there!! good overall

Passable Western with a side of Paranormal

This 2nd book picks up where the 1st left off. Zeb can die, but always comes back. The Lady doesn't really help him much after she granted him his status of evil-killer. It's all a little bland; the story, the romance, the narration. Good but not great.

Not my cuppa but maybe yours?

I never do this but i DNF'd the book. Why the 4 stars then?? Well I love the authors and know their writing. I know with this book, it was me and not them. I liked what I read but I just never got into it and was craving something different.
"Its totally me and not you!"