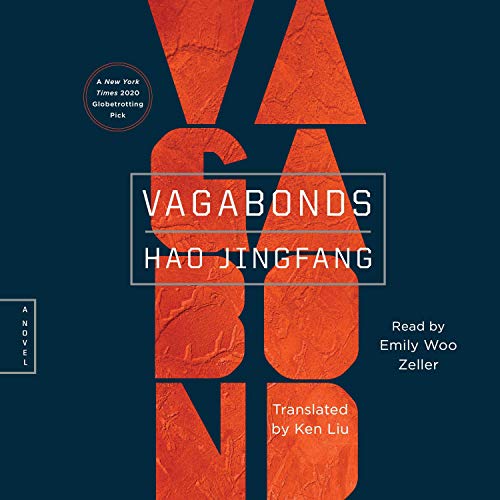 A century after the Martian war of independence, a group of kids are sent to Earth as delegates from Mars, but when they return home, they are caught between the two worlds, unable to reconcile the beauty and culture of Mars with their experiences on Earth in this spellbinding novel from Hugo Award-winning author Hao Jingfang.

This genre-bending novel is set on Earth in the wake of a second civil war...not between two factions in one nation, but two factions in one solar system: Mars and Earth. In an attempt to repair increasing tensions, the colonies of Mars send a group of young people to live on Earth to help reconcile humanity. But the group finds itself with no real home, no friends, and fractured allegiances as they struggle to find a sense of community and identity, trapped between two worlds.

Fans of Kazuo Ishiguro's Never Let Me Go and Naomi Alderman's The Power will fall in love with this novel about lost innocence, an uncertain future, and never feeling at home, no matter where you are in the universe. Translated by Ken Liu, best-selling author of The Paper Menagerie and translator of Cixin Liu's The Three-Body Problem, Vagabonds is the first novel from Hao Jingfang, the first Chinese woman to ever win the esteemed Hugo Award.

Read some negative reviews focused mostly on a knee jerk reaction to its endorsement of Socialism, while critics lauded it. So I had to check it out. I thought it discusesed the pros and cons of both systems very rationally. Mostly, it illustrated generational dissatisfaction with the status quo and the repetition of political paradigm shifts thereupon. Also, whether due to cultural writing styles, translation or the soothing narration, it also had an element if ethereal poetry to the narrative. Reminds me a bit thematically of Heinlein's novel The Moon Is A Harsh Mistress.

In this crisp, but poetically expressed futuristic story, we are able to examine not only the real possibilities of human migration to other planets but also to truly query human motivation, evolution, and all the complexities of utopic and dystopic societies. The solid science used to describe the Mars habitat allows one to engage fully in the reality of the story and appreciate the beauty and effectiveness of possible technologies, while also following the anxious unfolding of ideological and political struggles in a totally new environment. The listener is gently but inexorably drawn into the debate and encouraged to explore his or her own approach to humanity and society. It is a wonderful listen, as I am sure it is an exceptional read. The narrator captures every nuance, allowing the reader to assimilate the intriguing story while keeping the pace even and compelling.

Jingfang is no LeGuin

I was drawn to this book due to its apparent similarity to The Dispossessed and the opportunity to get a Chinese perspective on different systems of political economy. The first section of the book was engaging and suggested it may be a worthy companion work to LeGuin's book. Unfortunately this book was unable to fulfill its promise as the second section read more like YA literature with pretentious arrogant teenagers taking on an outsized role in global politics. everything happened far to quickly to be remotely believable - in the second section of the book the teens start a revolution but when it looks like it may be difficult and not achieve its ends quickly they quit. As best I can tell that subplot occurred over the course of a week, but that is nothing compared to the decision to terraform mars with the melted water of a dwarf planet Ceres. after making the decision to move forward with their plans they have completed all the infrastructure and architectural construction in a matter of days and they put their plan in motion. of course the lead engineer on this planet altering project is a early 20-something maybe a teenager. profoundly silly. so as science fiction this leaves a lot to be desired, it does have some worth - perhaps - as a perspective on east west relations for a new generation of Chinese who have experience with both cultures and now feel like vagabonds - without a home - in either world.

Someone please give Ms. Woo Zeller some feeback!

This is the third, and last, attempt at listening to this narrator. I really like this book, but the narrator ruined the audible version, thank the universe for Kindle. If Ms. Woo Zeller just moderated her voice and stopped being so way over the top, I would actually like her voice. However, her renditions of most male characters makes me cringe, jump, or take the earbuds out all together, so, so, SO bad. And, she way exaggerates the drama with the female characters, almost crying with some, hyper whining with others. For me, absolutely impossible listen to, which sucks, she is chosen for some really good books and then ruins them for the listening.