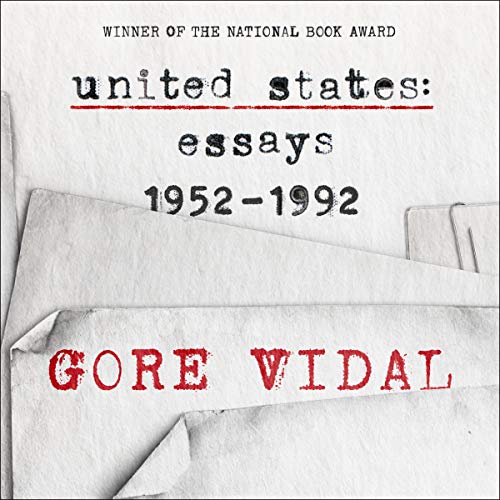 Gore Vidal’s reputation as America’s finest essayist is an enduring one. This collection, chosen by the author from 40 years of work, contains about two-thirds of what he published in various magazines and journals. He has divided the essays into three categories, or states. State of the art covers literature, including novelists and critics, bestsellers, pieces on Henry James, Oscar Wilde, Suetonius, Nabakov, and Montaigne (a previosly uncollected essay from 1992). State of the union deals with politics and public life: sex, drugs, money, Abraham Lincoln, Eleanor Roosevelt, The Holy Family (his essay on the Kennedys), Nixon, and finally Monotheism and its Discontents , a scathing critique of Christianity, Judaism, and Islam. In state of being, we are given personal responses to people and events: recollections of his childhood, E. Nesbit, Tarzan, Tennessee Williams, and Anais Nin.

this is the best anthology I have ever read. i highly recommend this to anyone looking to expand a horizon or two within themselves.