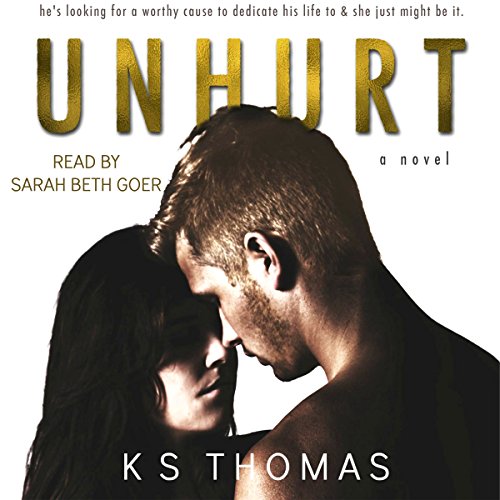 Joss Kelley's life has never been easy, but these days she's quite confident when it comes to rolling with the punches. No matter who's throwing them. So when her son's father shows up out of the blue, threatening to take him, Joss stops at nothing to sway the judge in her favor. Even if it means making impromptu marriage proposals to random strangers she finds sitting in her brother's bar.

After 9/11 Derek Tice knew exactly what he wanted to do with his life. Until six months ago, when he was honorably discharged after spending 13 years as a Navy SEAL. Now, with no more operations to plan or missions to complete, he's feeling strangely lost and useless. Since going back is not an option, he has no choice but to find a new worthy cause he can dedicate his life to.

Joss Kelley and her son just might be it.

*** Received a free copy in exchange for an unbiased review ***

I really enjoyed this story. The characters were realistic and flawed and very likable. Joss is a strong independent snarky women which I loved and Derek is a laid back, slightly snarky ex-SEAL. How could you go wrong with that match! The story was a little more PG that I usually like. The only negative thing I can say is it was too short. I would have loved the end of the story in detail instead of a quick run down of how things turned out.

Narration was AWESOME!!! I really couldn't stop comparing Sarah Beth Goer to Amanda Ronconi and that is a huge compliment IMHO.

I loved the blend of comedy, romance, drama. I was hooked from the first chapter.

This was a good story with enough humor to keep the story from going to far emotional.

*I received this book in exchange for an honest review.
Being a woman who has gotten hurt in the past by men, this book resonated with me. There were a few different kinds of tragedies that went along on this journey. It was such an awesome journey to go on, that I’m so thrilled to have had this opportunity. This is definitely 5 STAR READ!!

This is the first book that I have listened to from KS Thomas. I was not able to shut it off. It was five hours of just the right mix. It has romance, danger, mystery and suspense – I cannot think of anything it was missing.

While it is a bit fantastic for the main character (Joss Kelley) to marry the first person she can find in order to keep custody of her son, it is fun and the eclectic household is humorous, as well. It was a little bit of real life along with a little bit of swooning behavior without getting too silly.

Sarah Beth Goer performance was great. She is a solid performer and I will look for her narration in this genre in the future.

A few warnings, while things don't get too descriptive, there is a bit of mature content. There was also some strong language and a violent scene or two.

I received this book in exchange for my thoughts, opinions & this review. It was a pleasure.

If you found my review helpful in your decision to buy, would you please take a moment and select yes below? Thank you

Narration - Sarah Beth Goer - Pretty good. I liked her Character voices. This book is written in dual POV and I did sometimes got confused during Derek's chapters because, while she does a good male voice for Derek, she reads his POV in the same voice as she does Joss's. So I was listening to his thoughts but in what I perceived as Joss's voice. It was read pretty fast at times too.
Her performance really captured the snarkiness of Joss and loved it when Joss got all bent out of shape. Also loved her voice for Joss's son.

So I really enjoyed the book. In the beginning, I thought the mentions of Derek as an ex Navy Seal were a little pointless but as the book moves along, you understand why.

Joss and Derek meet at her brother's bar and are smart A$$es with each other from the get-go. I felt a chemistry between them right from the beginning. Joss is a mix of laid back and high strung. I loved how Derek was so laid back and would bring her back down to earth when she was ready take off like a rocket. As the story develops, you soon learn that Joss and Derek will both do whatever it takes to protect what's theirs!

There's some sex in the book, not detailed or erotica by any means, but you get the point and it was kind of a mix of steamy and sweet to me.

Did NOT see that ending coming in any way shape or form, but I loved it.

What does Sarah Beth Goer bring to the story that you wouldn’t experience if you just read the book?

I was so lost in the story, I welled up many times and laughed aloud too! I like that in a book.

Wow what an ending!!

Joss is a single mother that has given up on love. Derek is an Ex seal who has PTSD. When Joss is faced with losing custody to the child's father, she comes up with a plan to marry.

This is a good book, but it had the making of a Great book, but fell a little short. I kept getting lost, it was told in dual POV and the Narrator had about the same voice for both. I also did not understand some of the drama with the child's father.

I will say the ending to the book rocked! I never saw that happing at all! This to me is a good overall read. After you read you will say WOW!

This audiobook was provided by the author/narrator/publisher free of charge in exchange for an unbiased review.

A gem of a book

This book had a little bit of everything, which made it a fun listen for me. I loved the quick marriage leading to full romance of Joss and Derek. The villain of Travis made for good suspense(is he coming, what is his next move, will Wyatt be OK?), but to me the real unsung star was Aunt Deb. With sage advice, great cooking and lots of wit, she added a lot to this storyline. This book held my interest from start to finish and was thoroughly enjoyable.

**I was given a copy of this audiobook in exchange for an honest review.

What made the experience of listening to Unhurt the most enjoyable?

Everything about this story was awesome from start to finish this book is one to remember.

Have you listened to any of Sarah Beth Goer’s other performances before? How does this one compare?

I haven't listened to Sarah before but what a wonderful job she did with this book. I will definitely seek out more of her books.

Great story. We have Derek an ex Seal, who has a slight edge , but very easy going. Joss a woman who is strong, and takes no nonsense.

A great journey, characters and plot.