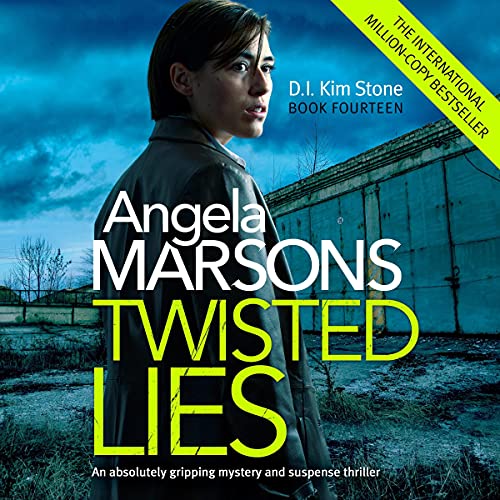 Her stomach lurches as she sits in the windowless room. He throws her phone to the ground, grinds it against the floor with the heel of his shoe, and brings his face closer to hers. There was no turning back now; her life as she knew it was gone.

When Detective Kim Stone is called to a local business, what she sees leaves her speechless. The photo on the driving license bears little resemblance to the man laid out before her, and she knows she’s up against the most twisted killer she has ever encountered.

But as she breaks the devastating news to the victim’s wife, Diane Phipps, Kim can’t help feeling that something isn’t quite right about the woman’s reaction.

Twenty-four hours later, Diane and the rest of the victim’s family disappears into thin air.

Then, a second body is found staked to the ground in a local nature reserve.

Desperate to crack the case open quickly, Kim and her team unravel a vital clue - a fiercely guarded secret that links both victims and could cost even more lives.

A secret that some police officers are also protecting.

Faced with deceit from those she should be able to trust, family members who won’t talk, and local reporter Tracy Frost opening a can of worms on the case of a woman murdered by her husband a year ago - Kim is in deep water like never before.

Kim must find the motive if she is to find the killer who is systematically targeting his victims. But can she unlock the shocking truth and stop him before he strikes again?

An absolutely jaw-dropping crime thriller from the number one, multi-million-copy best-selling author of the incredibly addictive Detective Kim Stone series.

Once Again A Wild Ride!

Well I knew this would happen! As soon as I allowed myself to start listening to the first paragraph, I was hooked and got nothing done for the whole day until I finished this latest chapter in Kim Stone and her amazing team! It’s always like getting back with good friends and I am led through every emotion from laughter at the banter among the coworkers to absolute goosebumps over the horrendous crimes they have to investigate! Of course the amazing narrator Jan Cramer brings the characters to life and is such a vital part of the experience! Thank you Angela Marsons for another spine tingling novel and please please hurry with the next one! BEST SERIES EVER😍💕😱

As usual this did not disappoint! Jan Kramer is Kim Stone to me! She does such a fantastic job and I have grown to really enjoy these characters and see this team change and evolve. Absolutely adore this series!!

Angela's writing is a must read

Kim Stone is my hero, and never disappoints!

I await the next chapter of Kim's story.

Love it! Love the Series!

I love how Angela Marsons builds and develops this group from book to book. They are a perfect mix of diverse people who know what they do best and do it. They will jump in wherever Kim needs them to solve a case. Bryant is the voice of reason who keeps Kim on the straight and narrow—most of the time. Stacey is one of my favorite characters. She is a smart, gifted researcher/computer wiz who often makes me laugh. Penn fits perfectly working with Stacey and in the field. Woody is rough on the outside, but a lovable boss who fights for his team.

Kim Stone is one of my all-time favorite characters. She is often brisk, and unfeeling, but she has some beautiful and caring moments that show her true heart. The support characters add so much life and depth to the stories; I love each one of them for different reasons. I enjoyed learning more about Tracy’s backstory and the like/hate relationship between her and Kim.

The murder investigation is brutal. The torture and murders are mind-boggling and sick. The murder scenes are difficult to read sometimes. If you know this series, you know Keats. The murders make Keats voice quiver, and other cops need to walk away. As sick as it is, I was riveted.

I love this series. In my opinion, Twisted Lies is one of the best. Even though this book works as a standalone, I don’t recommend reading out of order. The previous books have a lot of backstory that adds to the characters. However, if you are picking up this book, the primary focus is the case.

Jan Cramer has narrated this series from the beginning. She brings her insight, emotions, and love to the story. I enjoy listening to her.

If you love police procedurals this is a must read. If you love stories that keep you on the edge of your seat, this is the book for you. If you are reading this series, wow, what a great addition. If you are crazy about a good story, you must discover Kim Stone. You will not be sorry.

I loved the flow of this book, the action and intrigue. Angela has out done herself. Trying to keep up with the action and moving parts was great. I cant wait for the next book.

I’ve read all of the DI Stone books in order but thought I would get the latest as an audio book. It’s unbelievably good with twists and turns that keep you on the edge of your seat. Thoroughly recommend it!!!

Kept me guessing until the very end! I love the narration. Keep them coming. More!

Love the main character and the narrator is perfect for the role. Can't wait till the next book

hard to put into words

Only read if you have a strong stomach. Way too much for my liking. not her best.

I love the DI Kim Stone series and Twisted Lies did not disappoint. As always, the characters are fascinating and the plot was twisty and suspenseful. Highly recommended.

As usual for an Angela Marsons book especially from the Kim Stone series .. it was a fantastic story line. The dry humour unbeatable .. will eagerly await the next book

Have read all in this series and this was one of the best brilliant plot twists and great intrigue.

another great book by Angela Marsons, brilliant little surprise at the end. !!.... Great!

I love this series so much. The characters really make it plausible. And the narrator is probably the best in the business. If you are going to read it. Stop. Start at book 1. You won't regret it

Another brilliant book!!! Couldn't stop listening, so not much housework got done today!! Angela's plots are rivetting!

loved it.Cant wait for the next one.Love Kim Stone and her team .
Thank you Angela.

Absolutely love this series. I think it would be perfect for TV. I can't wait for the next one.

I’ve enjoyed this series of books, but I can only just cope with the narrator. She manages to sound bored throughout the book and I’ve decided this is the last audio book by this narrator as I’d rather read the book - the characters struggle for me due to the narration.

awesome unable to put this book down.
on edge of your seat thriller.
the best written book yet by Angela.

Again does not disapoint.

Another great book in this amazing series. It just gets better with each book. This is a very addictive series. Would highly recommend it.

I had this on my pre-orders as soon as it was available. Angela’s books are fabulous and this latest one certainly doesn’t disappoint. Listened to it in a day - the ending was so unexpected- waiting with bated breath for the next 😁
Thank you
Caroline

Nice to listen to

Its always nice to listen to another Kim Stone story and even the narrator is a voice l have grown to like. This story was alright l don't think it was the best, the book seemed to be over and done with faster than the rest. I think what l like about the series is that upon each new book you get that extra layer of depth in the character's and on this book it was a light layer. Still a Angela Marsons so-so book is still way better than what many authors can achieve.

Angela certainly knows how to end a story. Make your audience need the next installment

Really enjoyed this one- lots of good twists and turns.

Can’t wait for the next Kim stone book!

What a twist - several in fact

This latest Kim Stone story did not disappoint. Winced at some of the more Gorey parts but they were necessary. Final twist absolutely floored me. Brilliantly written. love Jan Cramers narration.