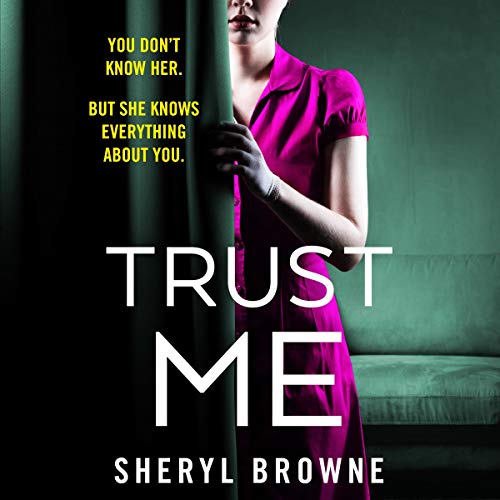 Emily and Jake are the perfect couple. Or so everyone says. But Emily just read a letter that has shattered her perfect world. Now she only has one thing on her mind. Which one of her friends is sleeping with her husband?

Emily watches Jake as he makes small talk with their children, still the perfect man she married years ago. But when the phone rings and he answers before quickly putting it down again, she sees the look on her husband’s face - guilt. She knows the signs. After all, she’s been lying to him for years.

Working with Jake at the local doctor’s surgery, Emily starts to listen at closed doors and read things she shouldn’t, hoping to find the truth about her husband. Soon she learns that hers isn’t the only family telling lies to each other. Is there anyone Emily can trust? And who is behind the letter to Jake?

When a second letter, revealing a wife’s hidden pregnancy, is sent to the woman’s husband, it has disastrous consequences. And as more angry letters revealing people's biggest secrets begin to appear, fingers point at Emily. After all, she's the one with access to everyone’s private history, and she’s the one with a score to settle. Emily says she didn’t do it. But this isn’t the first time Emily has lied. What happens next will have you questioning everything....

You might have already decided that Emily is guilty, but as each twist is revealed, you’ll begin to doubt everyone in this quiet little town. This is a psychological thriller that will keep you up all night!

If you enjoyed The Girl on the Train, My Lovely Wife, and Behind Closed Doors, you will love this gripping psychological thriller from best-selling author Sheryl Browne. Trust Me will have you hooked from the start.

If you enjoy listening to books that consistently talk about the characters stomach churning, or holding down their nausea, or having burning sensations in the pit of their stomach or trying not to faint.. you might like this. My assumption though, is most people don't enjoy this sort of discourse. I know I don't.

All of the over-the-top physical reactions to nerves and plot twists made me roll my eyes and start to enjoy the book even less.

Why do writers insist on using the same descriptions all the time? It took away from what may have been a good book. Now when I think of it, I will simply remember 'gut roils and spinning rooms.'

The book was a No for me sorry

I wanted to fall a sleep it was confusing and boring and I really wanted this book to be good .I spent money getting it and now I just want my money back some else may really like this book but it was a NO for me .

The only reason I was able to stick with this was because of the excellent narration that made the story & characters bearable.

Anticlimactic and fairly unrealistic. Least favorite book so far. Disappointed with this book. Based on the preview, I expected it would be more intriguing.

This struggled to hold my attention. I kept catching myself drifting off, and I'd have to rewind to catch what I missed.

I’m going to keep this short
I really enjoyed this audiobook. Emily and Jake have a believable back story that’s easy to get into and without giving away too much
What transpires in the story is something that isn’t too obvious before you read or listen to it. I would recommend this to anyone who loves a twisty plot .

I’m halfway through her full list of books and each one including this just get better I truly love her books , great characters , who you feel like you truly know as the book continues and you get throughly hooked , it helps having a great narrator too Kate villa is one in my favourites and the other lady she uses Tamsin is also great

This story like so many of the other daft ones I have listened to has the same awful writing. The characters have clenched stomachs banging heads, guts burning. Endless symptoms of any emotion. Burning this or that. One has in the end ridiculous images of heads exploding, limbs flying off. I must stop wasting my money.

I was disappointed with this book and found it rather dull. So many explanations (for example, what a person may be thinking - because the listener couldn't possibly figure anything out for themselves). Gave it an average rating but will be returning this one.

I'm about half way through and just about to give up, please tell me it gets better! The main character Emily is so frustrating!!!!!

Too confusing - couldn’t get into it

In theory this should have been good. It had lots of good elements and the narrator was good. However there were too many characters and too much going on. I didn’t really get the sister storyline and didn’t think it was well developed. There were loads of characters with different things going on. The drama that could of been there wasn’t. It didn’t grip me. I almost gave up on it and was glad to get to the end to get it resolved.