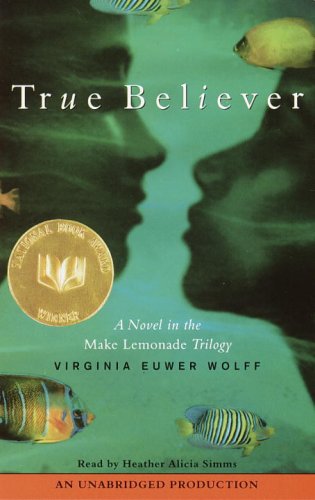 "Wolff surpasses herself with this sequel...In delving into LaVaughn's life, the author unmasks the secret thoughts adolescents hold sacred and lets her readers know they are not alone." (Publishers Weekly)
"LaVaughn tells her own story in heart-stopping stream-of-consciousness that reveals her convincing naiveté and her blazing determination, intelligence, and growth." (Booklist)

What's new in LaVaughn's life is Jody, a boy she knew as a child who's come back to the housing project where she lives. Jody is like a miracle: he smells like chlorine; he calls her "little buddy;" he goes with her to the dance. It's just as if he's in love with her. Except not quite.

As LaVaughn puzzles over Jody, as her best friends struggle with belief and acceptance, and as Jody wrestles with questions about his own identity, Virginia Euwer Wolff rises to the occasion with this astonishing and powerfully moving novel, the second in the Make Lemonade trilogy.