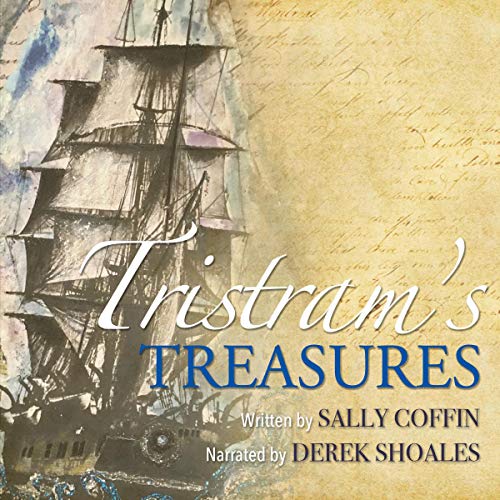 I have created this artistic expression of a storybook version of the Coffin family legacy, with original painting collages with vintage photos into illustrations. This is the true story of the seafaring Coffin Family Legacy, connecting their historical homes, historical museums, and events, beginning in Normandy, France. The Norman Coffins lived in possession of Chateau Cortiton in 1066, which still stands today. After migrating to England with William the Conquerer in the 1200s, Sir Richard Coffin built Portledge Manor in Devonshire, England, also still standing today.

In 1642, Tristram Coffin Sr. of Devonshire, England, with his family, left a civil war and was among the first of the race that settled in America. Living alternatively in the colony of Massachusetts, he arranged for the purchase of Nantucket and Martha's Vineyard by a company he organized of nine men on July 2, 1659.

Continuing is the story of Abigail Starbuck Coffin, doctor/midwife. She was a daughter of the Mormon Pioneers caught in the western swirl of migration.

Another connection is automobile magnate Howard E. Coffin, the father of standardization, predecessor of United Airlines, a prince of Detroit, and the king of the Georgia Coast. He shared in the visionary influence of his ancestors from Nantucket Island in the 1600s and thus extended Tristram Coffin's legacy to the southeastern Atlantic coast of Georgia. In this way, the original owners of Nantucket Island, Martha's Vineyard, and Sea Island, Georgia, connect over 300 years just one of many Coffin Connections.

To me, my ancestors are timeless. They are like a rare and treasured collection of antiques from a time gone by. They could be called, "Tristram's Treasures."

Time can be eerie, especially when our ancestors have left behind so many indelible footprints all throughout American history. It's as though a part of them will never really be gone and that has inspired me to create a special storybook where they all belong, with their historical homes, museums, famous and epic stories, along with their outstanding achievements, monuments, and headstones, that even time can never erase.

I invite you, the listener, through my original collages of artwork to follow me on this epic journey as we look at the Coffin family legacy, and the many connections they share throughout American history.