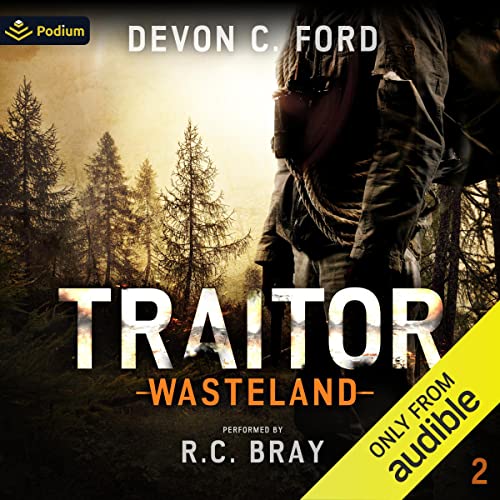 Quinn, now keeping unexpected company, returns to Jackson to find his friends had been and gone.

Facing a choice of north or south – of home or unfamiliar territory – he has to make the tough call and deal with the consequences.

Rivera and Valentina are in Helena, where they struggle to tell allies from enemies.

The race is on to get back to Zion and uncover the traitor before disaster strikes. Operating in the open, the game of telling friend from foe becomes deadly.

Don't miss book two in a harrowing post-apocalyptic series from the best-selling author of After it Happened.

I have no idea what is going on!!

The plot (what little there was) is completely lost in a barrage of unnecessary dialogue. I literally had no idea what was going on. The series, for me at least ends here.

great books so far, but when you have the GREATS get together again ,DEVON C FORD AND RC BRAY, you know its gonna be great....love the murder mystery in a dystopia setting too.....can't wait for book 3....well done lad's....

This book leads on perfectly from book one

I enjoy Devon C Fords writing style, I like the characters he creates, these are people I’d share a beer or two with. This book follows on perfectly from book one.
The story is expanding and the characters growing and I’m really enjoying it.