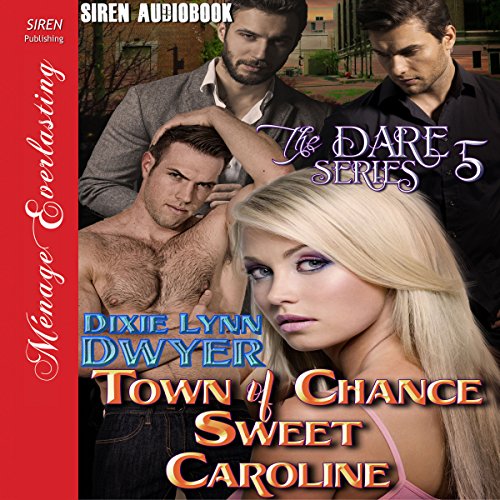 Caroline wants a new start. Her sister took off for her own reasons a year ago and found this place called Chance. She's not too sure if she'll be safe there, but the town and its people have their charms. Plus they engage in some very special relationships that seem to provide a woman with constant protection and love. It's hard to resist the charms of such relationships, or avoid the rules of the town that keep women safe. It seems a few men have their eyes on her, but she's not too willing to take a chance after being hurt so badly once before. Perhaps when her broken arm heals and she's back on her feel again, she'll give dating a chance. Specifically, with three mighty fine residents who want to show her what love really is all about. But her troubles follow her and could land them in the middle of her nightmare, or it could put them in their grave. She has to end this once and for all...even if it means dying.

love this series! I am glad I came upon this author I am excited to ready her other series!!