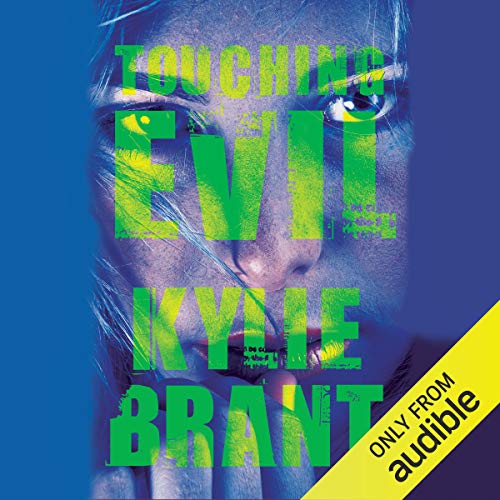 Forensic psychologist Sophia Channing nearly lost her life to a serial killer. Fortunately, her own quick thinking - and Division of Criminal Investigation agent Cam Prescott's efforts - rescued her from a horrifying fate. Together, Sophia and Cam jailed the sadistic predator and closed the case on his reign of terror.

But when teenagers make a gruesome discovery in the Iowa woods, Sophia and Cam realize they've only scratched the surface of an evil that runs even deeper and deadlier than one madman's twisted desires. And they don't come more twisted than the killer known as the Zombie Lover: Vance's mystery accomplice, who's still at large and stacking up bodies. With the law snapping at his heels and private demons screaming in his head, the Zombie Lover is hell-bent on carrying out a desperate, double-edged mission. He's determined to terminate Sophia then target medical examiner Lucy Benally, who he's vowed to make his own...dead or alive.

What a twisty ending!!

I liked the first book in this series but this one was even better!! I so wasn’t expecting the twist at the end and then the sub plot...great surprises that leave me wanting to read more.

Great second story in this trilogy!

I can’t wait to see how the whole series will be wrapped up!

I enjoyed the story line and the narrator but when the book got to its first in depth sex scene, that went on with all of the typical moves, for way too long, it lost me. By the third book, I was looking to fast-forward the sex scenes as they don't add anything positive to an otherwise interesting thriller. Unfortunately, this lost me as a Kylie Brant fan.

I have to move from one book to the next just to finish the story. So glad I don't have to wait for them to be written!!

In the second book of the Circle of Evil series, Cam and Sophia keep finding more and more victims of the Iowa serial killers. After Sophia has been rescued and put into witness protection, so she can continue to work the case and build a psychological profile of the killer, who was caught in the act by some teenagers planning on a fun party in the woods. The serial killer now has a new obsession, and it's someone that is near and dear to Cam and Sophia's heart. #Suspenseful #mystery #tagsgiving #sweepstakes

Ok, the bad guy in Chasing Evil was truly a sexual deviant BUT Sonny (his name is mentioned right off the bat so telling you his name is not a spoiler), our bad guy in this book, was totally sickening since he was a necrophiliac. OMG! That is so disgusting. I guess you could call it a plus that the body had been embalmed before he got busy with it. Again, I’m so glad the author doesn’t describe what he and the corpse are doing. Ewww.

Again, during this book Cam and Sophie are fighting there attraction but since Sophie came so close to having a horrible ending in the last book she’s not fighting her feelings so much in this book. When she finally told Cam about her feelings I was so glad. Oh, she didn’t tell him she loved him but it was close enough, for now.

I’d also like to compliment this author on her sex scene. It did go on for pages and pages BUT it was sweet and so romantic WITHOUT all the stupid things that so many other authors have lovers saying to each other, you know, all that crap you roll your eyes at and say, “who talks like that?” Cam and Sophie are attracted to each other but there wasn’t an ounce of sexual tension in this book.

There was swearing and the F-bomb was used 26 times.

I do like Gavin and Lucy and it did become exciting when Gavin was shot and Lucy was taken by Sonny.

As to the narration: I just realized why I enjoyed this narrator. She doesn’t read with ‘sometimes’ emotions. She reads every word, every sentence, every paragraph with emotions. That’s why I enjoyed every word of the last book, Chasing Evil, as well as this one. Whether it Cam’s smooth sexy voice or Sophie’s soft, calming and cultured tone or the killer’s evil, cunning, creepy, whiny, laughing, well you get what I mean, Kate Zane just does it all through the whole book.