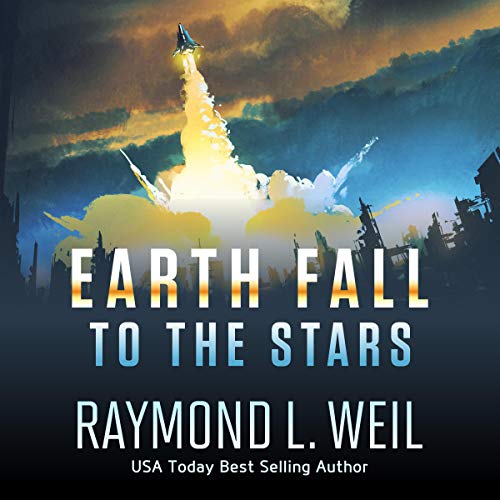 In a desperate battle, Earth has temporarily freed itself from the clutches of the deadly Trellixian Empire. Billions are dead and it's only a matter of time before the enemy return.

Seeking aid against the Trellixians, two exploration ships are sent out to search the galaxy for allies. If they fail, then the human race is doomed.

The Trellixians need Earth to colonize to help relieve the growing population pressure of their overcrowded home worlds. The Trellixians will not rest until every human is dead and the Earth is theirs.

On Earth, General Mitchell and Fleet Admiral Edwards prepare to fight their biggest battle. Every man and woman is being trained to use a weapon. However, their only real hope lies with two small exploration ships far away from home on a search for an ally that might not exist.

really good audiobook
I can't wait to listen to the next one.
I hope their is more to come with this series.

Just as good as book one

Love this series. Not to deep but a lot of fun action. Can’t wait to read book 3.

I liked the premis in the first book but it soon went downhill. And book 2 is awfull, terrible, horrible. Banale, simple, endless cliches and constant demonstration from the author about his complete lack of technical understanding.

Great book. Good to earth win one. Very up beat. I will start the third book tonight.