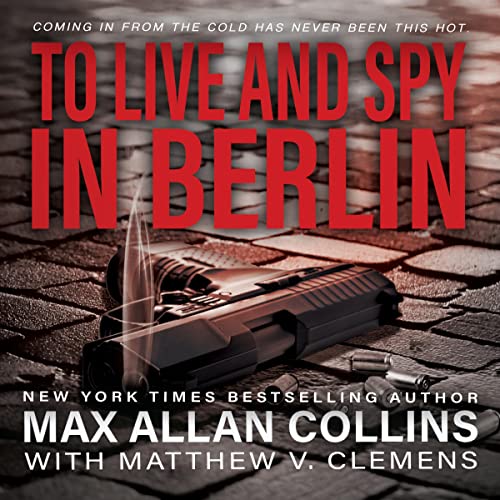 To Live and Spy in Berlin

The world’s greatest living spy...may have just found a group of men he can’t kill.

The world thinks John Sand is retired. No longer heading into the MI6 offices, he’s an energy company executive. He’s got a nice corner office, lavish dinners to attend, and no bullets flying at his head...yet.

The truth is much deadlier.

Sand is hunting stolen uranium, and he knows if he doesn’t find it soon, he’ll be hunting something very different—a nuclear bomb.

Deep in South America, the remnants of Nazi Germany hide. Their only goal is to accomplish what their insane leader failed to do: ensure Germany rises victorious out of the next World War.

Now that they’ve got enriched uranium, their psychopathic dreams are merely days away. In a race against time, Sand must find the uranium and destroy these deranged lunatics once and for all.

Is Sand past his prime? Or can the world’s greatest spy stop the evilest men to ever live?

Go up and click "Buy Now" to dive into this breathtaking series!

To Live and Spy in Berlinに寄せられたリスナーの声