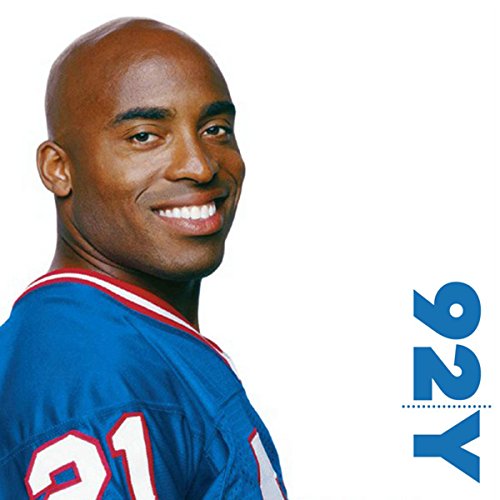 New York Giants star Tiki Barber, who grew up playing football alongside his brother, Ronde, has become one of the most versatile and productive players in the NFL. Hear Tiki interviewed by NY 1 sports anchor Budd Mishkin at New York's 92nd Street Y.

Just a week after his penultimate season with the New York Giants ended in a disappointing playoff shutout, Tiki Barber took the 92nd Street Y stage to chants of "MVP" from a hometown crowd. Following a monster season in which he set Giants’ single-season and single-game rushing records, Barber was, nevertheless, beginning to separate himself from football. Articulate and confident, Barber reflects on his journalistic pursuits, fatherhood, and the pride he takes in his academic record. The star rusher discusses his efforts to promote literacy, including his children’s book collaborations with brother Ronde. On the subject of football, Barber is more concerned with brass tacks than "winner within" intangibles, and points to his weightlifting regimen as the source of his success.