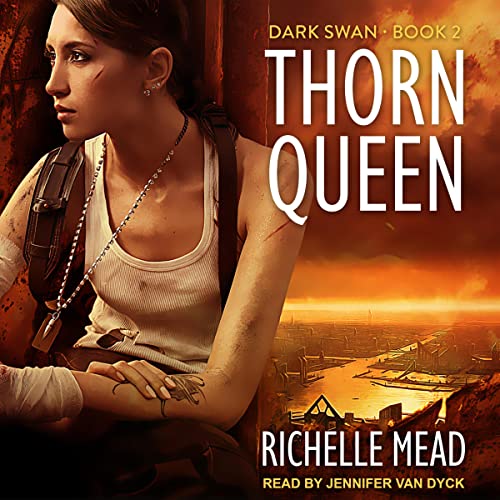 A magical mercenary is crowned a queen of the Otherworld - an honor that could cost her life - in the New York Times best-selling author's paranormal thriller.

Eugenie Markham is a shaman for hire, paid to bind and banish creatures from the Otherworld. But after her last battle, she's also become queen of the Thorn Land. It may sound nice, but her kingdom is in tatters, her love life is in chaos, and Eugenie is eager to avoid a prophecy about her firstborn destroying mankind. Now young girls are disappearing from the Otherworld, and no one - except Eugenie - is willing to find out why.

Eugenie has spilled plenty of fey blood in her time, but this enemy is shrewd, subtle, and nursing a very personal grudge. And the men in her life aren't making things any easier. Her boyfriend Kiyo is preoccupied with his pregnant ex, and sexy fey king Dorian always poses a dangerous distraction. With or without their help, the reluctant queen has a sworn duty to uphold, even if it means facing the darkest and deadliest side of her nature.

I really cannot decide on these books. Some of the story I like and I am curious how the story will progress, but the other part is super annoying. This book is better than the last except for one part, I don’t want to give a spoiler so I will just say if you can’t think of the one thing that happens in every other book like this then yes. Nothing new in this book, the story is good but the main character is supposed to be strong but comes off weak. Dorian, as always is great. I like him better than the main character. There is action and that part is fine but a portion of the story will have you roll your eyes. I cannot say it’s good or bad because it is both.