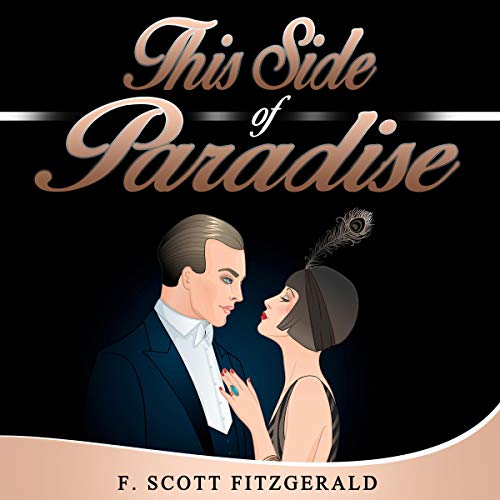 Dive into the incredible book which turned F. Scott Fitzgerald into a literary success overnight.

This 1920’s classic is Fitzgerald’s debut novel, and follows the story of Amory Blaine, a Princeton University student who, in his relentless pursuit of wealth, status, and love, lets his greed take him down a dark path to ruin. After dabbling in literature and serving in WWI, Amory finds himself infatuated by Rosalind Connage, but as his finances crumble around him and everything he thought he had is lost, he ends up homeless and in ruin.

Both a romance and a tragedy, Fitzgerald’s book has touched the hearts of millions, and is a must-read/listen for anyone who is a fan of famous literary works.

Why a British accent?

A confusion British narrator totally inappropriate for a midwestern author and his American characters.
Disconcerting!
The novel is Scott’s first and comes off as shallow but self reveal story and fascinating too. Tender is the Night is his masterpiece. But this is how he got there: dead at 44: he needed prodigious work.

Zac Smith has a wonderful voice! It’s so nice to have a young mans voice reading these! And he just has such a wonderful narrative voice, it keeps me interested!

This Side of Paradise
: F. Scott Fitzgerald


This is a fresh presentation on a classic. A very entertaining listen.


The narration was well done. The characters were well portrayed. Zac Smith voiced this so I could picture the events as they were happening.