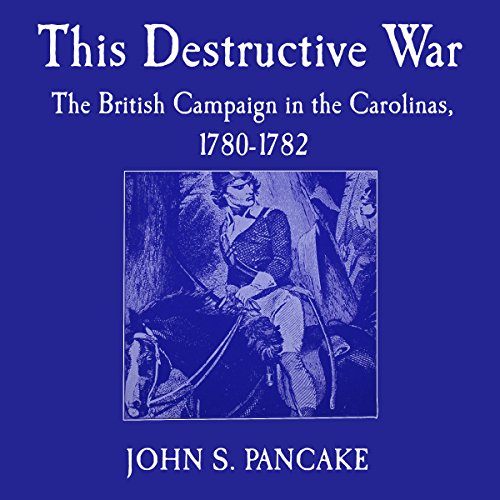 "This book emerges as a fresh, intricate story, full of dread and derring-do." ( Kirkus)

An exciting and accurate portrayal of the military action in the southern colonies that led to a new American nation.

A companion to Pancake's study of the northern campaign, 1777: The Year of the Hangman, this volume deals with the American Revolution in the Carolinas. Together, the two books constitute a complete history of the Revolutionary War.

Pancake tells a gripping story of the southern campaign, the scene of a grim and deadly guerilla war. In the savage internecine struggle, Americans fought Americans with a fierceness that appalled even a veteran like General Nathanael Greene.

"Utilizing extensive manuscript collections, John Pancake explains not why the colonists won the War of Independence, but rather why the British lost. Yorktown, he argues, was not the result of a momentary oversight by the British navy, but the final consequence of the longstanding failure of British military and political leadership." So said the Journal of Southern History when This Destructive War was first published in 1985. The Florida Historical Quarterly further opined, "Pancake has given us a well-researched and beautifully - and tightly - written book."

General audiences as well as scholars and students of the American Revolution will welcome anew this classic, definitive study of the campaign in the Carolinas.