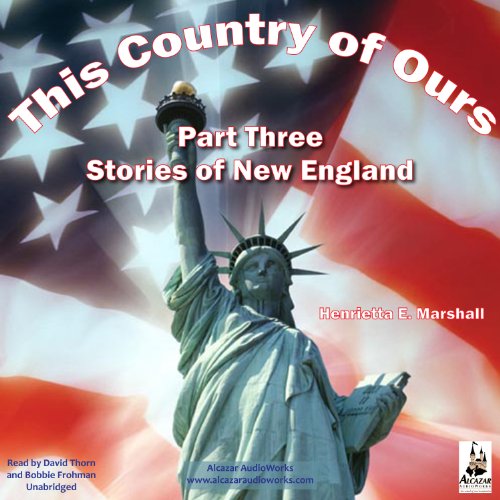 This Series, in seven parts, tells the story of America from the earliest founding through the days of Woodrow Wilson and The Great War (World War I). In Part 3, you'll hear stories of the settlement of the New England Colonies.

1. The Story of the Pilgrim Fathers

2. The Founding of Massachusetts

3. The Story of Harry Vane

4. The Story of Anne Hutchinson And the Founding of Rhode Island

5. The Founding of Harvard

7. How Maine and New Hampshire Were Founded

8. The Founding of Connecticut and War With the Indians

9. The Founding of New Haven

10. The Hunt For the Regicides

12. How the Charter of Connecticut Was Saved

13. The Witches of Salem

Henrietta Elizabeth Marshall (1867 – 1941) was a British author, most famous for her works of history for children.

For decades, Marshall's books were ubiquitous in schools and home libraries. Much of the popularity of her works stems from her talent for making history read like good storytelling.

This Country of Ours, Part 3に寄せられたリスナーの声