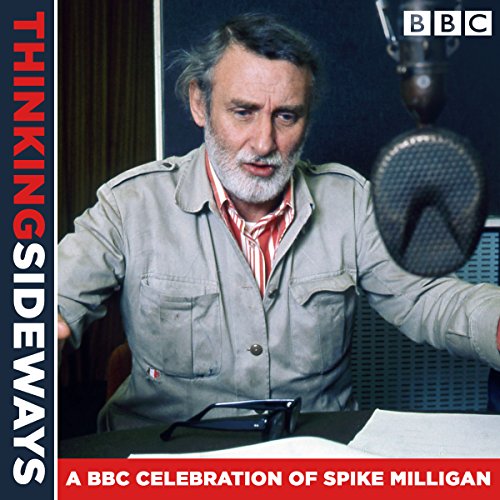 Named for Spike’s explanation of his sense of humour - ‘I’m Irish - we think sideways’ - this BBC radio anthology, published to celebrate the centenary of his birth, provides unique insight into his genius.

Spike Milligan: Inside Out sees Milligan admirer Michael Palin and Spike’s daughter, Jane, chat through some of Spike’s many audio recordings. Also included in this compilation is a wealth of archive material, much of it from 2012’s The Spike Show: Milligan Remembered, presented by Spike’s agent and friend, Norma Farnes.

In Milligan Chota Sahib, Spike recalls the excitement of his early life in India. Denis Norden pays tribute to his friend in Vivat Milligna: A Twenty-One Goon Salute, while In the Psychiatrist’s Chair: Spike Milligan finds Spike telling Professor Anthony Clare about the profound impact of shell shock on his mental health.

Plus, we hear Spike’s favourite Goon Show episode, 'Fear of Wages', and some magical poems from both Spike’s Poems and Spike Milligan: The Serious Poet, an award-winning documentary in which Spike’s three daughters discuss how their father’s serious poetry reflected his life and personality.

a great listen back of spike milligoon

a lovely look back at Spikes life and comedy, really nice collection of stories about him.