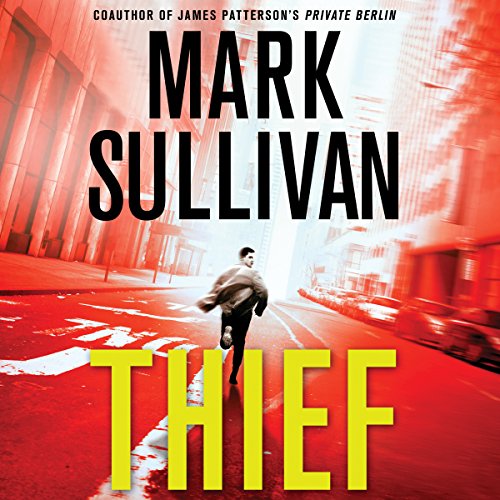 Robin Monarch is a man with a complicated past and dangerous present. He's been a soldier, a CIA agent, and freelance operative, but first and foremost, Robin Monarch is a thief of the highest order. Orphaned at 12, Monarch originally stole for survival, then he stole for his friends and cohorts, now he steals to order and to give back to the to the woman who saved his life many years ago. With the help of his team, Monarch breaks into the legendary Christmas party of Beau Arsenault, a shady investor and behind the scenes player at the very highest levels of power politics. Arsenault is not above bending or breaking the rules if there's illicit profit to be made. Monarch has decided that those illicit profits will be better used to take care of orphans and street kids. Using the party as cover to break into Arsenault's secret vaults, Monarch comes away with two unexpected things. One is a bullet - he gets shot when he's caught trying to escape with tens of millions of negotiable instruments. The second is a lead on what might be his most audacious exploit ever. A previously undiscovered tribe in South America may well have the secret to the most sought after knowledge in history - that of eternal life. And Robin Monarch must use all his skills - as an operative, as a thief - to keep this secret from falling into the worst possible hands.

Another layer of Robin Monarch unveiled. Don't piss off a thief. A great trip through the Amazon rainforest. I will surely download his next book.

This is the third of the Robin Monarch books and it's pretty decent. It's a slow start as part of the setup, and it drags in the middle, but really picks up steam and momentum to end. While the books are not a trilogy, this book ties up some loose ends and I look forward to the next book featuring our unstoppable thief. I do keep thinking that Monarch is a dual skill character being often more of a fighter than a thief, and I hope that the next books shows a Monarch of more guile and surreptitious ability than a hard charger. More Silk, less Stallone, if you follow me.

Heroes we can love and a Villain we can hate

The Robin Monarch series balances time spent developing the characters, learning about their internal conflicts, and plenty of action. He is a hero we can love and root for. I have listened to all 3 novels and the short stories and enjoyed all of them, including this one. The Thief, through flashbacks, provides a great deal of Monarch & Sister Rachael’s history. This was a good book but I don’t think it was the best of the 3 and I can’t put my finger on why. While I wanted to keep listening and not turn it off, once off I wasn't going nuts trying to get back to the book, at least not in the beginning. I should mention that Sullivan clearly has a 'playful' side deliberately using irony and humor which enhances the books and makes them different than some in this genre. If you have enjoyed the other Monarch stories you will like this one, just maybe not as much as some of the others.

Best of an outstanding series!

Read the publisher's summary; I do not wish to give away more info on this outstanding novel. I listened to this novel 18 months ago and it is definitely worth listening to again. The entire Robin Monarch series by Mark Sullivan is worthwhile with some 4 star and some 5 star novels. Jeff Gurner narrates exceptionally well.

I read all three Robin Monarch books in the past ten days. More please! I liked these better than Mark Sullivan's Private series w/ James Patterson.

Its an oft-used scenario - "former spec ops guy with a quirky past" and with a team of loyal specialists who he assembles for each new adventure. If you like that type of story, you should like these. I do and I did.

I liked this one - Thief - the best of the three so far. A left-over really bad guy (a tycoon) returns to "get Robin". There's a Clive Cussler-esque element in this one involving The Fountain of Youth and plenty of lock & load action.

This story is very very long. It feels like an old episode of Dragon Ball Z.

Was Not A Disappointment

Would you consider the audio edition of Thief to be better than the print version?

The audio was good but in my experience, the book version is always better.

For the most part, yes

It was good enough to keep my interest, but it never really grabbed me either. The narrator was good tho.

Awesome series can't wait for more. The new Mitch rapp. If you like Mitch and jack Ryan series you will like these.

What disappointed you about Thief?

He decides not to do what they require and then does it anyway?? The moon festival - the drug - the outcasting. Come on, make it real.

What was most disappointing about Mark Sullivan’s story?

As I said the story was contrived and even that was done poorly.

Which character – as performed by Jeff Gurner – was your favorite?

The narrator was splendid. All of the characters were portrayed as I would imagine.

Human beings only have a limited number of minutes allotted to them. I wasted several of mine listening to this.