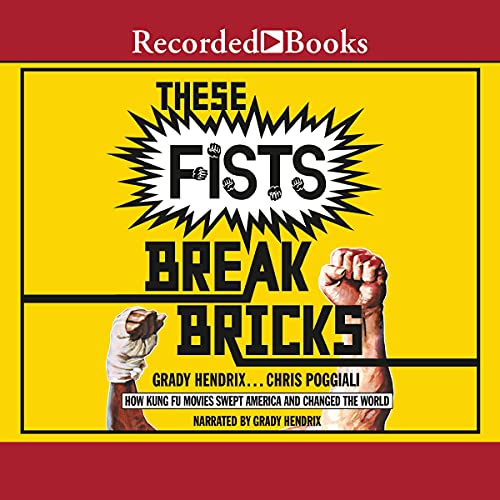 When a major Hollywood studio released Five Fingers of Death to thrill-seeking Times Square moviegoers on March 21, 1973, only a handful of Black and Asian American audience members knew the difference between an Iron Fist and an Eagle's Claw. That changed overnight as kung fu movies kicked off a craze that would earn millions at the box office, send TV ratings soaring, sell hundreds of thousands of video tapes, influence the birth of hip hop, reshape the style of action we see in movies today, and introduce America to some of the biggest non-White stars to ever hit motion-picture screens.

This book tells the bone-blasting, spine-shattering story of how these films of fury - spawned in anti-colonial protests on the streets of Hong Kong - came to America and raised hell for 15 years before greed, infomercials, and racist fearmongering shut them down. You'll meet Japanese judo coaches battling American wrestlers in backwoods MMA bouts at county fairs, Black teenagers with razor sharp kung fu skills heading to Hong Kong to star in movies shot super fast so they can make it back to the States in time to start 10th grade, and Puerto Rican karate coaches making their way in this world with nothing but their own two fists. It's about an 11-year-old boy who not only created the first fan edit but somehow turned it into a worldwide moneymaker, CIA agents secretly funding a karate movie, the New York Times fabricating a fear campaign about Black "karate gangs" out to kill White people, the history of Black martial arts in America ("Why does judo or karate suddenly get so ominous because Black men study it?," wondered Malcolm X), the death of Bruce Lee and the onslaught of imitators that followed, and how a fight that started in Japanese internment camps during World War II ended in a ninja movie some 40 years later. It's a battle for recognition and respect that started a long, long time ago and continues today in movies like The Matrix, Kill Bill, and Black Panther and here, for the first time, is the full uncensored story.

Poggiali and Hendrix write a whirlwind history of Kung Fu movies in America. It moves quick, is often humorous and sentimental. The history of this book moves around a lot which was very entertaining to me. Grady Hendrix gives a fantastic read of the story. A fantastic book overall. A lot of fun!