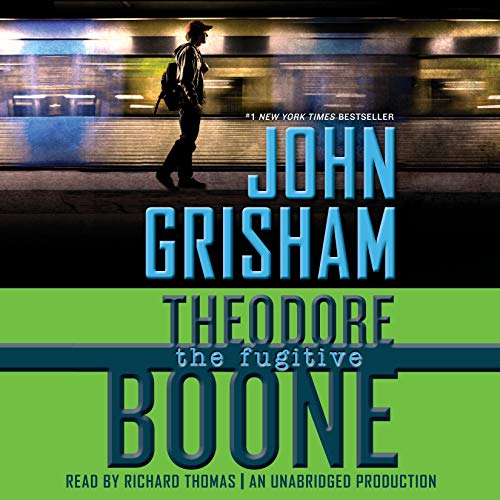 Theo thought the danger had passed, but he's about to face off against an old adversary: accused murderer and fugitive Pete Duffy.

On a field trip to Washington, DC, Theo spots a familiar face on the Metro: Duffy, who jumped bail and was never seen again. Theo's quick thinking helps bring Duffy back to Strattenburg to stand trial. But now that Duffy knows who he is, Theo is in greater danger than he's ever been in before. Even when everything is on the line, Theodore Boone will stop at nothing to make sure a killer is brought to justice.

Grisham has done it again with a great story geared for youth and yet interesting enough to capture the attention of his adult readers.

Discussing real life situations and legal matters in a way young people would understand, the story is also highly captivating and entertaining.

Recommended for the legal beagle in every family, perfect for vacation or travel reading!

John Grisham has done it again! An excellent book. Very interesting and captivating, kept my attention all the time and that is not easy to do.

A good continuation of a great story. SPOILER ALERT

Book was well written and performed just as good as the others in the series.

Great story, but the narrator should have slowed down. Much of it sounded like a continuous run-on sentence.

Theo is a great character, and after 5 episodes, I can't imagine anyone else narrating this series. It's an awesome way to introduce a young audience to courtroom drama.

Pretty good book. Reader did a great job. Worth listening to. I would highly recommend the previous Theodore Boone book prior to listening to this one, though I like this story better.

Disappointment in the Fugitive

What disappointed you about Theodore Boone: The Fugitive?

The story was so weak this time. None of the fun of previous Theo Boone books.

Would you ever listen to anything by John Grisham again?

Have you listened to any of Richard Thomas’s other performances before? How does this one compare?

Richard Thomas is one of my very favorite readers

this was the best one of the series yet! very suprised ending. . . .

Why I think your book was amazing

I love your voice and how it’s steady and I think that this book is a great story, please make more books.