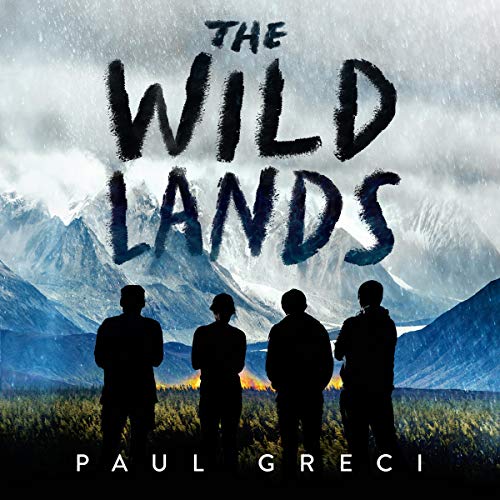 In Paul Greci's The Wild Lands, Travis and his sister are trapped in a daily race to survive - and there is no second place.

Natural disasters and a breakdown of civilization have cut off Alaska from the world and destroyed its landscape. Now, as food runs out and the few who remain turn on each other, Travis and his younger sister, Jess, must cross hundreds of miles in search of civilization.

The wild lands around them are filled with ravenous animals, desperate survivors pushed to the edge, and people who’ve learned to shoot first and ask questions never.

Travis and Jess will make a few friends and a lot of enemies on their terrifying journey across the ruins of today’s world - and they’ll have to fight for what they believe in as they see how far people will go to survive.

The Wild Lands is a pulse-pounding YA thriller full of shocking plot twists. It’s the ultimate survival tale of humanity’s fight against society’s collapse.

“This rugged survival story places a group of teens in a dark, burned-out post-apocalyptic nightmare. Your heart will pound for them as they face terrible dangers and impossible odds. Gripping, vivid, and haunting!” (Emmy Laybourne, international best-selling author of the Monument 14 trilogy)

“A compelling story that wouldn’t let me stop reading. Greci has created both a frightening landscape and characters you believe in and want to survive it.” (Eric Walters, author of the best-selling Rule of Three series)