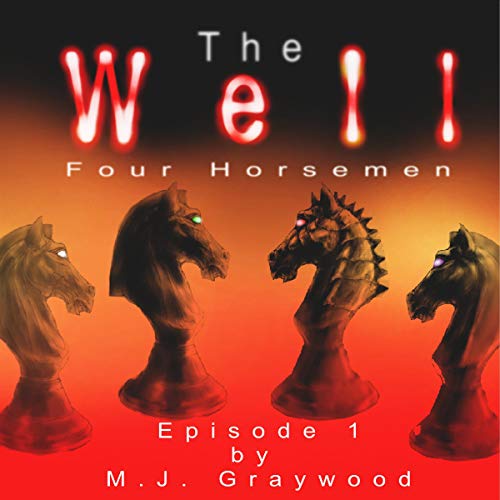 When the Archangel Michael invites Lucifer to a Miami bar for a drink, the Prince of the Damned is confused but excited. He doesn't miss his old home in Heaven, but he does like to chat with his brother Michael.

When Raphael, Enoch, and Gabriel show up, Lucifer is at first angry, then concerned. These kinds of celestial meetings don't happen often, and when they do, it's usually due to some existential emergency. His concerns are well-founded when Michael informs Lucifer that the Gaia, mother to all life on Earth, and God have had an argument. Gaia storms out of heaven to be alone in the earth's core, but before she does, she tells Michael, Enoch, Gabriel, and Raphael to become the Four Horsemen of the Apocalypse and destroy all human life on Earth. When the four brothers try to talk to God about the issue, he disappears, presumably somewhere on the planet in human form.

Well, the brothers are good boys, and always do what mom says; but considering they are about to wipe out over eight billion people, and they can't find God for advice, they're going to need a drink. Moreover, they need Lucifer to locate Dad and keep him safe while they destroy the world.

The Well: Four Horsemen, is the first book in an ongoing Apocalyptic series. Sometimes horror, sometimes action, sometimes romance, and sometimes sci-fi, but always a wild ride of sarcasm and fun.

The Well is a series that will challenge you, entertain you, make you laugh, scare you, titillate you, and then leave you begging for more. One word of caution, however; the series doesn't pull punches and doesn't turn its head when things get rough. It's an existential roller-coaster, and where it stops? Nobody knows.