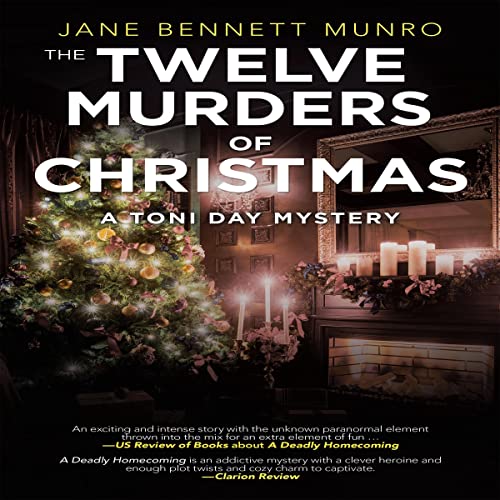 The Twelve Murders of Christmas

Pathologist Toni Day and her husband, Hal, are mystified when she starts receiving grisly Christmas cards depicting murders, each accompanied by a twisted verse from The Twelve Days of Christmas, and she and her partners are suddenly inundated with autopsies on the corresponding bodies. The victims are members of a jury that convicted Toni’s old boyfriend Robbie of kidnapping and sent him to prison.

Robbie is now out on parole and presumably systematically killing off the jury that put him there, but the true identity of the Jury Killer becomes unclear when another parolee, a pretty female police detective, and a newspaper reporter with an ice pick get involved. To complicate matters further, Toni’s parents are visiting for Christmas. Toni teams up with her stepfather Nigel, a retired Scotland Yard chief inspector, to interpret clues and assist the police in a race against time to catch the killer or killers, before they wipe out the entire jury and then come after Toni and Hal.

The Twelve Murders of Christmasに寄せられたリスナーの声