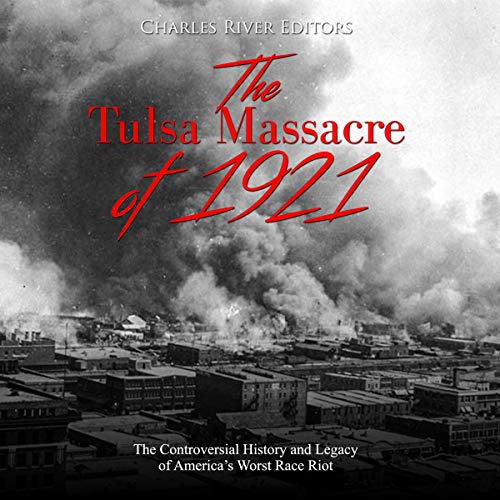 It all began on Memorial Day, May 31, 1921. Around or after 4:00 p.m. that day, a clerk at Renberg’s clothing store on the first floor of the Drexel Building in Tulsa heard a woman scream. Turning in the direction of the scream, he saw a young black man running from the building. Going to the elevator, the clerk found the white elevator operator, 17-year-old Sarah Page, crying and distraught. The clerk concluded that she had been assaulted by the black man he saw running a few moments earlier and called the police.

Those facts are just about the only things people agree on when it comes to the riot in Tulsa in 1921. By the time the unrest ended, an unknown number of Tulsa’s black citizens were dead, over 800 people were injured, and what had been the wealthiest black community in the United States had been laid to waste.

In the days after the riot, a group formed to work on rebuilding the Greenwood neighborhood, which had been all but destroyed. The former mayor of Tulsa, Judge J. Martin, declared, “Tulsa can only redeem herself from the country-wide shame and humiliation into which she is today plunged by complete restitution and rehabilitation of the destroyed black belt. The rest of the United States must know that the real citizenship of Tulsa weeps at this unspeakable crime and will make good the damage, so far as it can be done, to the last penny.”

However, financial assistance would be slow in coming, a jury would find that black mobs were responsible for the damage, and not a single person was ever convicted as a result of the riot. Indeed, given that racist violence directed at blacks was the norm in the Jim Crow South, and accusations of black teens or adults violating young white girls were often accepted without evidence, people barely batted an eye at the damage wrought by the riot, which would remain largely overlooked for almost 70 years. Only in the last two decades have Oklahomans reckoned with this shameful episode in their history.

The Tulsa Massacre of 1921に寄せられたリスナーの声

i grew up here in Oklahoma and never once was this mentioned in school as Oklahoma history. After high school spending time in Tulsa that is how I heard about the riot. It saddens me to know such hate and ignorance exists in this world. I have been following the forensic Archeologist on the news and anxiously await the finding of the mass graves. It is an interesting short book. There narrator has a pleasant voice.

This was a hard read. To know our history was so unkind to my people. And it's origin, the same ole a white girl was harmed story used to tear down and destroy a thriving black community. The envy and hatred from a people who isolated black people then plotting against them because they made it speaks to today's systematic hardships. My heart hurts as this still continues. Black Lives Matter

Short but with critical knowledge

This is a relatively short listen but it she has a lot of details I did not know about related to the Tulsa race massacre. He does a race riot throughout the book I believe the title is changed after the fact. However the information about how it all went down is fascinating and something that everyone (especially Oklahomans) should learn about