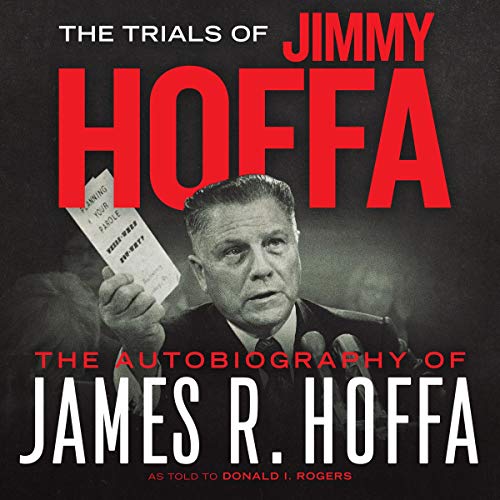 Not long before his still-unsolved disappearance, notorious, celebrated, two-fisted Teamsters Union president Jimmy Hoffa put his story down on paper - setting the record straight once and for all on his embattled career representing America’s labor force. He spared no details, kept no secrets, and didn’t hesitate to name names - from the most powerful politicians to the most dangerous crime bosses - in the ultimate tell-all by a guy who had a hell of a lot to say and zero fear about spilling it.

“I’m not saying I’m an angel,” he once declared, and when it came to fighting Attorney General Robert F. Kennedy in the courts or union-busting goons in the streets, he left no doubt that whoever took on Hoffa was dancing with devil. His explosive blow-by-blow reveals who did what and who got done, who had the goods and who knew too much, who pulled the strings and who pulled the triggers. Told in his own hard-boiled words, with no apologies and no shortage of attitude, HOFFA is the stunning last testament of a man who didn’t know how to back down. And though he wasn’t the last man standing,  he was absolutely the last of his kind.

The Trials of Jimmy Hoffa: An Autobiography of James R. Hoffaに寄せられたリスナーの声