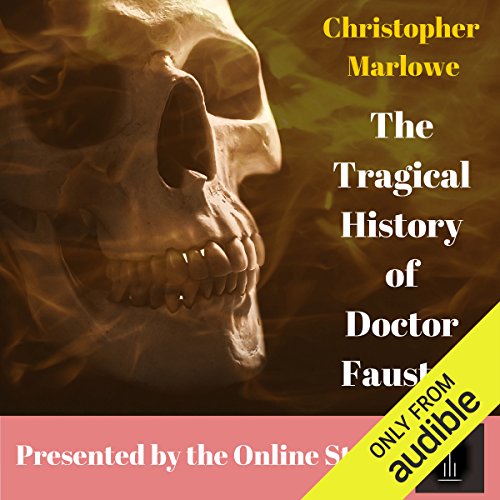 The Tragical History of Doctor Faustus

For this recording of Christopher Marlowe's ground-breaking drama about death and damnation, a special version of the text, which is a selective conflation of the folios of 1604 and 1616, has been used.

Performed by members of the Online Stage.

Put none before me...

What made the experience of listening to The Tragical History of Doctor Faustus the most enjoyable?

I liked the cast narration on this version.

What was one of the most memorable moments of The Tragical History of Doctor Faustus?

The ending description of hell fire and Faustus' end was indeed eye opening for us and the poor foolish Dr. The good angels end plea that had he only had turned away before he saw hell's gates open was also very powerful. It shows he really did not have remorse when he was doing what he desired only when he could not fulfill his whims. It is a "I wanted my cake and to eat it as well" human fallacy.

Would you listen to another book narrated by full cast?

I did listen to it in one sitting.

This is a good play. A piece of classic literature. The recording was so bad I couldn't get through the first five minutes. The recording quality is poor. There is no acting or dramatization involved. Instead it's a chopped up recording of people reading the lines.

He didn't have to take me to hell

I love reading Christopher Marlowe and I know the classic. Some of the actor are familiar for excellent work. But was it necessary to actually do the recording in hell. This is so bad, you should not be selling it to anyone.