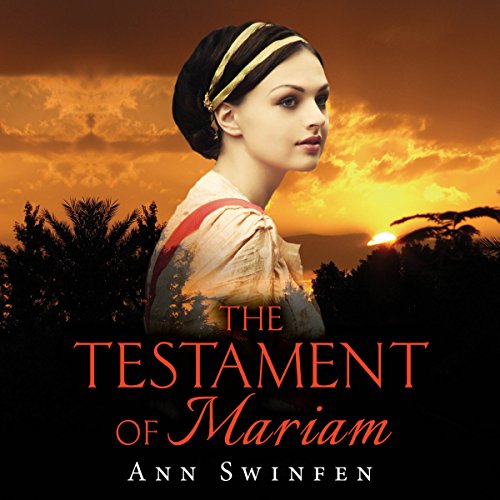 "Today I had word that my brother Ya'aqôb is dead." When this news reaches Mariam, living in exile in the province of Gaul, memories of her girlhood in faraway Palestine are painfully awakened. For years she has blocked them from her mind, but as illness and old age overtake her, she begins to relive the time when she defied all propriety and convention and followed her charismatic brother Yeshûa and her betrothed Yehûd'a in their daring but perilous adventure. "We were young. We were going to change the world." Mariam shared the excitement, the fear and the mystery of the mission, but cannot forget the horror of its ending. With powerful resonances for today, The Testament of Mariam takes us into the turbulent world of rebellious Galilee under Roman occupation, and the courageous lives that altered the course of history.

Was excellent. A more believable story than the traditional Christian mythology. Like the change she made to the Judas part of the story.

What made the experience of listening to The Testament of Mariam the most enjoyable?

Coming to the story with no preconceptions and discovering who Mariam was as I read about her journey.

What was one of the most memorable moments of The Testament of Mariam?

Some of the latter scenes, I found it a slow burner to start with, but once the story and the journey got started I was gripped. Mariam seemed to blossom as the story progressed, and some of internal thoughts and scenes were very emotive.

What does Serena Scott Thomas bring to the story that you wouldn’t experience if you had only read the book?

A depth to the characters, bringing them to life more than I would have if I had read the novel. Through the author's talent we saw this as a journey much the same as that of a Hobbit for example, but with so much more meaning as each aspect became clear.

The first novel I've read/listened to from this author but I can't wait to read more.

Not the Authorised Version

I’d have given the author more credit for having done her homework if the sacred Tetragrammaton (YHWH) hadn’t been uttered aloud (frequently), bringing an “ouch” to my lips every time!
Maybe she just did it to shock, to make up for the lack of OTT silliness favoured by Dan Brown and his ilk.
The narrator performs well and I assume she’s neither Jewish nor Catholic, since she says that name so casually, apparently without any idea of offending others, or the anachronisticity of its use in that period.
It’s not a very good novel but the reader helps it along.