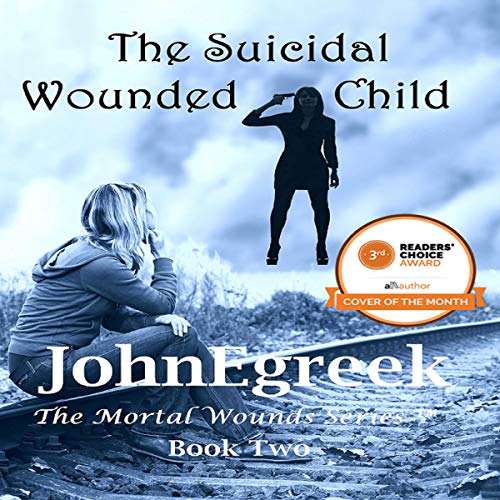 Have you ever contemplated suicide? Author John Egreek encounters a synchronistic chance encounter with a woman he did not know, during an airplane ride from Honolulu, Hawaii, to Los Angeles International Airport. They discover she has multitude of wounded children residing within her psyche. As a result, she learns that suicide is a temporary solution to an overriding problem.

By listening to this book, you will learn what went through the mind of Eleni at very moment she was about to pull the trigger. The thoughts she had, most likely are similar to the thoughts that go through the minds of the millions of people on earth who think suicide is the solution to their problems. With so many people in the world committing suicide these days, learning about the wounded child is a significant step toward beginning the healing process.

There are usually outlying reasons why anyone would commit suicide and who knows what they are thinking at the moment when they do? Listen to the dialog that the Author has with Eleni, who will learn that healing her various wounded children will also heal the suicidal wounded child. What will she say and what should she do, if she chooses to heal?

This is book two of The Mortal Wounds Series™.