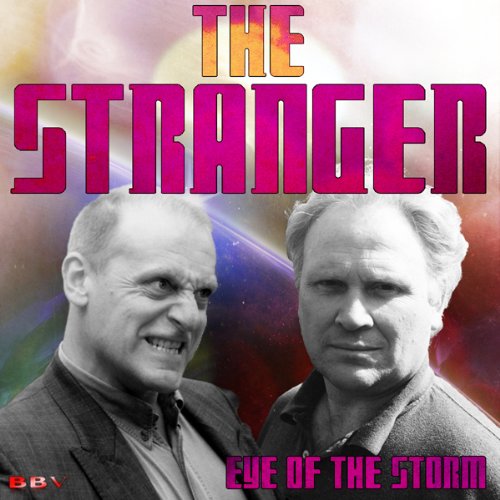 "For the most part Eye of the Storm is Eye of the Beholder in all but name and in audio format. A violent storm separates Saul, Egan and Soloman who are all soon caught by the gun toting Sheila, one of the staff of computer programmer Hunter and Meta, a girl with 'psychic' abilities. Unfortunately this means trouble for Egan.... Gothic in tone, Eye of the Storm is an improvement over its video counterpart and is certainly far more atmospheric. The acting is also top notch; David Troughton is largely compassionate, Colin Baker charismatic, and John Wadmore almost delinquent-like. Karen Henson steals the show as Meta, who is subtle yet mysterious. A strong plot, strong characters and strong effects then. Eye of the Storm comes as recommended listening." (Stuart Gutteridge)

Egan, Saul, and Soloman find themselves back on Earth. A young girl named Meta is involved in a dangerous experiment, and Egan may come to learn something about humans before it is over. Originally released on tape, this adventure is now available for download for the very first time, and contains extra material omitted from the cassette version for reasons of space.

Eye of the Storm is an original full-cast drama from BBV.

DR. WHO "SPIN-OFF" BETTER THAN THE ORIGINAL?

This audio adventure is less dark but more action-packef than the original video! LOVED IT!